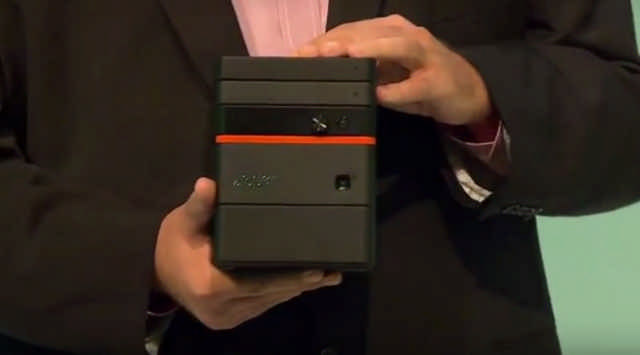 (Image: A core block containing the processor and memory, an audio block with built-in speaker, a power block and a storage block.)

At the IFA technology show in Berlin, Acer pulled the curtains off an amazingly modular mini-PC, the Revo Build, a successor from last year’s smart compact Revo Build series.

The Revo Build lets users add and remove elements as they require. It comes with two key components, the main unit and the graphics. With each module being magnetic, one can build their own version of an ideal computer by adding modules such as a new hard disk, graphics card or other add-on by stacking them on top of each other just like a game a super stackers. Acer calls these add-ons ‘blocks’.

The Revo Build will initially come with a 500GB hard drive, a 1TB hard drive, a wireless charging block, an audio block with built-in speakers, a microphone, a GPU, and a projector.

There are no external cables to deal, the blocks connect to one another through a series of pins on the top and bottom of each module. Moreover, the device automatically recognizes alien components as they’re added.

The Revo Build is amazingly portable. One of the add-ons is a portable battery block, i.e. a wireless power bank, which can also be used to charge your phone.

Acer showcased an audio module featuring a dial for volume at its pre-IFA press conference.

Acer says upgraded add-ons for the device for a new graphics card, Wi-Fi standards and more will be announced in time. The Taiwan-based hardware and electronics company wants the Revo Build modular PC to empower users to build their own computer, without going through the hassles of learning how to put one up together.

Acer Revo Build runs on Windows 10 and is expected to retail at $300. It’s not get revealed when the Reva Build will be available in the U.S.