Acer launched Jade Primo, a Windows 10 Smartphone that also turns into a PC 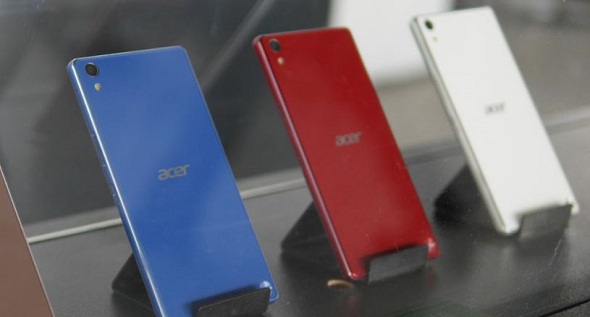 The device comes equipped a 5.5-inch display and a 64-bit octa-core processor.

Acer is finally bringing a smartphone into U.S. market by launching its latest flagship Android handset, the Acer Liquid X2.

The mighty and attractive Acer Liquid X2 was announced at the company’s global press event in New York on Thursday, April 23. The latest flagship Android handset boasts flagship specs improving on its predecessor with a mammoth 4,000mAh battery and a SIM slot that supports three separate SIM cards.

Though the complete specs of the Acer Liquid X2 is not revealed, the company confirmed that the device comes equipped a 5.5-inch display, a 64-bit octa-core processor – suggesting that it will arrive running Google’s Android 5.0 Lollipop software although there’s no indication if this is one of Qualcomm’s Snapdragon CPUs. The phone has 13-megapixel cameras on both the front and rear. Similar to the HTC Desire Eye, this one is a top-shelf selfie shooter.

The triple-SIM support Liquid X2 adds up to a powerful phablet that should serve users well, which Acer claims makes it perfect especially for professionals who are mostly travelling.

Beginning August, Acer says the Liquid X2 will arrive in Asia first. According to reports, the company intends to eventually bring the price down below $200 off-contract, though it could be priced a bit more in the beginning. However, the device is expected to cost more in the U.S. and it is still not clear as to when the device will actually arrive in America.

The Acer Liquid X2 also comes packed with several of Acer’s own software, devised to improve on Android and also interact with the rest of the company’s products. That includes the optional Quick Touch Flip covers which are quite similar to some of the smart covers seen on the other phones, adding an interactive display to the back of the handset which can be used to turn on the camera, launch apps, check notifications and even play games without opening up the case.

Acer also announced at its global press event that its M220, which launched beginning this year, will be launched in the U.S. as well. The M220 will be available at Microsoft Stores and Microsoftstore.com in the United States in June for US$79.99. The device is the first smartphone in Acer’s Liquid series to run on the Windows Phone 8.1 operating system and is supported by Acer for the free Windows 10 upgrade in the future.