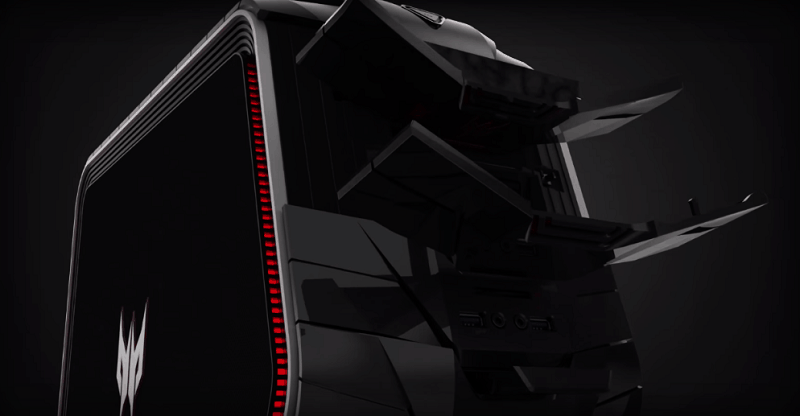 Acer just added itself as one of the many tech companies to chase after gamers.

At the IFA 2015 Press Conference in Berlin, along with the usual assortments of PCs, and laptops, Gaming has been in their prime radar this year.

The company is championing the Predator brand on its shoulders, targeting the potential Gamers across the globe. It is considered as a strong and reliable source in the PC’s high-end gaming hardware.

The Taiwanese tech firm has broadened their flagship lineup with intriguing new technologies and techniques along with a Gaming Projector. The most interesting thing that stands out amidst all is the Predator 6, which has been announced on stage with a swift pace and mere details.

CEO of the Taiwanese Company, Jason Chen, disclosed its new Smartphone, Predator 6 with a Projector.

The Smartphone is in-built with MediaTek’s 10-core processor, a 4GB RAM and a 21 MP camera.

“This will dominate any games you throw at it,” said an Acer executive at the press conference.

The phone runs on Google’s Android Software and it will be available by next year, in selected markets.

The Smartphone Company even mentioned that its new launch will feature 4 front- facing speakers and an edgy design for itself. It appears as this gadget is in its early phase of development as the announcement came all of a sudden.

Acer will introduce the phone in Asia and then it will figure out the other markets.