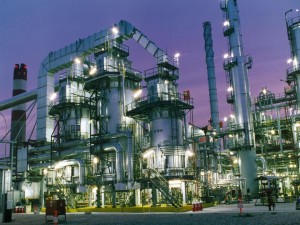 Cepsa, with its primary activities being refining and fuel distribution in Spain and Portugal as well as exploration and production interests in Latin America and north Africa, fits very well into Ipic’s broad agenda of building a global portfolio of investments in energy, petrochemicals and other sectors.

Cepsa operates three refineries in Spain with a total daily oil-processing capacity of 408,000 barrels. The company also has 1,700 gas stations in Spain and Portugal and oil and gas exploration interests in Algeria, Egypt, Colombia and Peru.

The company spent 1 billion euros at its La Rabida facility in Huelva to increase production of middle distillates, a group of fuels including diesel and gasoil. Cepsa said in June it was testing new units at the 100,000 barrel-a-day refinery. A 42,000 barrel-a-day hydrocracker, two atmospheric distillation units and a desulfurization plant were completed last year.

In light of these significant achievements that are bound to help Ipic, Khadem Al Qubaisi, IPIC’s managing director, was reported as saying “We consider it an integral part of our portfolio… We very much look forward to building on Cepsa’s foundation as one of Spain’s leading companies.”

A bond prospectus published in November last year revealed that Ipic’s assets doubled from 2007 to $48.2bn by last summer. These assets include a 70 per cent stake in industrial services provider Ferrostaal, a 64 per cent stake in Borealis, an Austrian petrochemical company, and 20.8 per cent in Japan’s Cosmo Oil.

Ipic already holds 47% of Cepsa since 1998. It said on Wednesday it was buying the 49 per cent controlled by Total for €3.7bn and offering to acquire the remaining 4 per cent floated on Spain’s stock exchange.

Ipic is primarily focused on petrochemicals but its wholly owned subsidiary Aabar Investments has been used to snap up stakes in more unusual companies, such as Virgin Galactic, Daimler, AIG’s Swiss private bank and the Brawn Formula One team.

Ipic is chaired by Sheikh Mansour bin Zayed Al Nahyan, a senior royal who manages the office of the UAE’s president, among other roles. He led the group that bought the UK’s Manchester City football club and used Ipic as a vehicle to invest $5bn in Barclays, the UK bank.