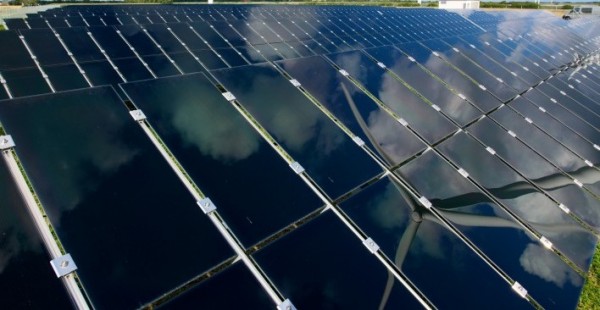 Longmont-based Abound Solar, a leading manufacturer of thin-film cadmium telluride photovoltaic modules, said Tuesday that it is laying off nearly 280 workers and setting back a new factory in Indiana. The layoff constitutes to 70 percent of the workers at the company’s production facility along the Interstate 25 Frontage Road near Firestone.

Abound Solar, which had been running three shifts of workers around the clock, also notified the workers on Tuesday, according to chief financial officer Steve Abely. Apparently, the cuts have affected 180 full-time workers and 100 temporary workers Abound had hired, reported a business magazine.

Steve Abely  believes that laying workers off has been quite disappointing for Abound, but it’s encouraging that Abound Solar has a product that’s been validated by NREL as potentially superior to the competition, and that’s significant when you’re talking about competition globally from Chinese and European manufacturers.

Steve Abely, solar panel maker,  told an energy magazine, “We are facing tough market conditions and falling prices.” Abound, whose headquarters are in Loveland, will stop making its ‘first generation’ solar power panel, capable of converting about 10.5 percent of the sunshine that hits it into electricity.

The company offered severance packages, but declined to detail the offers. “We’re suspending production and think it will take six to nine months to upgrade the equipment, prove out the process, run a lot of product and test it in field and in laboratories to prove the product works,” Abely said in a news statement. “Then we’ll send samples to customers for testing, and then you can start expecting orders.

It will take six to nine months for Abound to install new equipment and develop a solar panel that will be 20 percent more efficient and more cost competitive. Abound will start manufacturing the new panel by the end of 2012. Abound Solar will be shutting down the production line so that the company can basically retool the facility and perfect the process.

Abound’s Next Generation of Modules

After the facility is retooled and its next-generation module passes field trials by its customers, Abound says that it will surely ramp production back up in six to nine months and hire at least as many workers as it had to cut.

Abely said that the company is hoping bring people back at the end of that time period. And the good news is that the next-generation product has already been certified by the National Renewable Energy Laboratory.

The new generation of modules has a solar efficiency of about 12.5 percent, which is high from the previous module’s rating of 10.5 percent. Abound Solar’s aim is to begin rehiring workers toward the end of the year in Longmont, Abely said. The biggest part of Abound’s loan guarantee is for a new plant in Tipton, Ind., that was slated to have 1,200 workers. The Abound plant would initially start operation at the end of 2012, but it would have an update on the facility only in the middle of 2013.