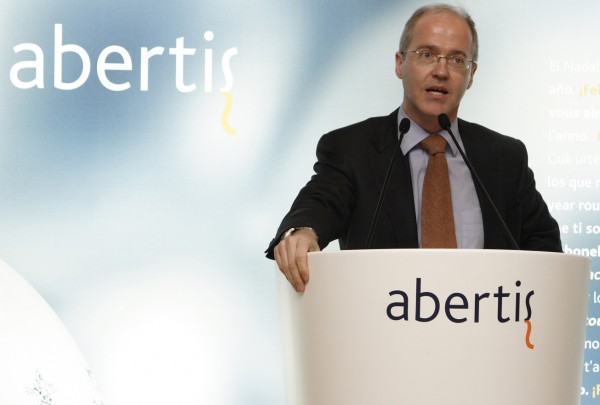 Salvador Alemany Mas, the president of Abertis Infraestructuras believes, “The internet is, today, a form of communication that brings together millions of users from across the globe. It is a figure which gives us an insight into the increasing importance it is gaining. Internet has become an extremely powerful means of communication that has changed many aspects of our lives and will continue to do so in the future.”

Abertis is registered on the Spanish Stock Exchange and forms part of the selective Ibex 35 index, as well as the Dow Jones Sustainability, FTSE Eurofirst 300 and Standard   Poor’s Europe 350 international indices. Abertis has had a web presence for quite some years now, which is based around its corporate web site and those of its subsidiary companies. It forms part of our unshakeable commitment to information and communication with all our stakeholders: workers, the investment community, suppliers and society at large. And we will continue to work on this, boosting our presence still further.

President Salvador Alemany Mas also commented, “The website you are now visiting is an evolution of the one launched 2003 under the name of Abertis to mark the merger of Acesa and Áurea that gave rise to our company. We believe that it represents a substantial improvement and hope that it is of use to you in finding the information and services you are seeking.”

Abertis’ vision, mission and values are the foundations on which the Group bases its day-to-day growth and expresses its desire to identify itself with the customers, society, shareholders and employees.

The Abertis wants to provide solutions to the requirements for infrastructure at the service of mobility and telecommunications, achieving synchronization between customers, shareholders and employees with the development of society. It wants to be a key infrastructure operator through its values: dialogue and partnership, confidence in people, proactivity and responsibility, credibility customer service and efficiency. All this is achieved through basic approaches.

Abertis has marked its presence in 15 countries over Europe, America and Africa: Argentina, Bolivia, Chile, Colombia, Spain, the US, France, Ireland, Jamaica, Mexico, Portugal, Puerto Rico, the UK, South Africa and Sweden. Abertis directly manages 3,743 kilometers of toll roads and, along with the incorporation of French operator sanef, is ranked third in Europe in terms of kilometers managed. In Spain, it is largest group of high-capacity route operators and directly manages more than 1,500 kilometers of toll roads. Moreover, Abertis also participates in the management of a further 2,000 kilometers, through its stakes in concessions in the UK, Argentina, Chile and Portugal.

Abertis telecom is one of the European groups leader in management of telecommunications infrastructures and services. Its growth in the field of telecommunications is reflected by the acquisition of a 33.4% stake in Hispasat, making Abertis the largest shareholder of the Spanish satellite operator. It has the leading network of sites for the distribution and broadcast of radio and TV signals in Spain: over 3,200 points throughout the country, allowing it to provide sound and vision to over 12 million homes. Also, Abertis telecom is Spain’s core operator in the deployment of Digital Terrestrial Television (DTT).

Abertis airports is one of the world’s leading airport operators, with a strong presence in Europe and America. The company has interests in 29 airports in 8 countries, with a global traffic of more than 80 million annual passengers.

Corporate Social Responsibility, for Abertis, is a way of understanding the company’s role in society, taking in the environmental, social and economic impact of its activities and its relations with the different stakeholders. Incorporating this triple balance also allows the group to adopt a system for constant improvement as the basis for its business strategy.

CSR is a transversal factor which affects all areas and business units, from decision-making to ways of working, to form part of the organizational culture. The Abertis Strategic Social Responsibility Plan represents a structure on the basis of eight broad lines:

As a result of continuous international expansion in the company’s activities it now operates in 15 countries on three continents and has consolidated its position as the leading infrastructure management company in Europe and a major world player in the field.

Dhwani Shah
« iPad 3 is on its way, but is it worth the promotion?
Empire State Building – The Art Deco-Style Plans to ‘Go Public’ »
Leave a Comment
Close