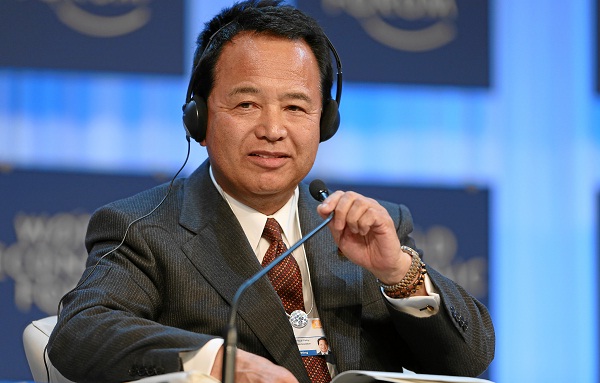 Akira Amari - Minister for Economic and Fiscal Policy of Japan

It seems that the Japan’s economy is slowly standing on its feet as official data showed that the country’s GDP for the first quarter substantially topped analysts’ estimates. The surprising result adds to signs that Abenomics works. Not surprisingly, all stimulus measures have already had a genuine impact on businesses and consumers as their confidence has notably increased as well.

On the 16th of May, the authorities issued data on the first quarter, indicating that the Japan’s economy surged surprising 3.5 percent on a year-on-year basis. More important, the expansion topped analysts’ estimates of a 2.8 percent growth. Data showed that private consumption, which accounts for as much as 60 percent of GDP, also advanced significantly adding to the recorded growth as Japanese consumers were more confident and were keener on spending their money on recreation, going out and even cars. On a quarter-to-quarter basis, the country saw its GDP climb about 0.9 percent.

Without a doubt,  the latest figures were indeed optimistic, taking into account that the growth pace exceeded notably the US quarter-first growth of approximately 2.5 percent, while the crisis-hit eurozone recorded for the same period a decrease of 0.9 percent.

More important, the released figured showed an improvement from the modest 1 percent advancement recorded at the end of 2012. Everything indicates that the Japan’s economy is indeed getting out of contraction. Akira Amari, Minister for Economic Revitalization and Minister for Economic and Fiscal Policy of Japan, underlined after the release of the figures: “Starting with a rise in consumer spending, the effects of the economic policies of Mr. Abe’s cabinet are beginning to be seen.”

Moreover, Japan saw its exports climb approximately 3.8 percent as they were boosted substantially by shipments of products to the US. Certainly, the weak yen encouraged foreign customers to buy Japanese goods.

Only back in 2012, the Japan’s economy was in contraction, thus the newest data will certainly boost companies and customers’ confidence. The first-quarter results indeed are a clear evidence that  ‘Abenomics’ works. Analysts and companies are more and more convinced that the outlook for the Japan’s economy is slowly looking better as the black clouds over it are being dispelled by all reforms.

Shinzo Abe, prime minister of Japan, fought hard to implement all his reforms aimed at fostering growth. With mounting problems, he decided to take a very unpopular move and change the governor of the Bank of Japan. A new governor of the Bank of Japan, Haruhiko Kuroda, is a strong ally of ‘Abenomics’, thereby making the implementation of them easier.

But analysts underline that if the already introduced reforms are to continue to bring results, Japan’s Prime Minister Shinzo Abe needs to introduce the “third arrow” of his strategy. But without a doubt, the latest figures showed that ‘Abenomics’ had started bearing fruits, raising hopes that the world’s third economy would see a significant improvement in the future. Yet still analysts are waiting to see companies investing and bringing innovations as without these steps the growth potential will be weak. Certainly, ahead of Prime Minister Shinzo Abe and the Japan’s economy is still a long way to stabilize economic conditions.

Anna Domanska
Anna Domanska is an Industry Leaders Magazine author possessing wide-range of knowledge for Business News. She is an avid reader and writer of Business and CEO Magazines and a rigorous follower of Business Leaders.
« Google Inc to soon bring music streaming product
Fuels of the future. Neither dream nor whim – just necessity »
Leave a Comment
Close