Abenomics for Japanese Economy: Hit or a Miss! 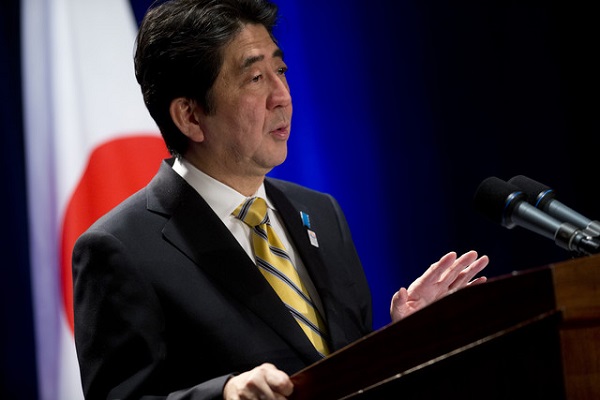 Prime Minister Shinzo Abe‘s fiscal-stimulus policies dubbed “Abenomics” have guided long-suffering Japan to three consecutive quarters of growth. The prices are finally rising, along with the stock market and that is drawing increasing attention from economists in the West.

Its stock market has surged more than 50% in less than a year. Leading automakers and even long-struggling electronics firms such as Sony Corp are also reporting a jump in its profits.

“The most important thing is to change the people’s expectation on the inflation rate,” Kozo  Yamamoto a lawmaker with the ruling Liberal Democratic Party,  says. “Many Japanese had deflationary expectations. Then nobody consumes and nobody invests, because in the future, prices will go down.”

Japan has pumped nearly $1.5 trillion into the economy by printing more money and buying back government bonds, an attempt to create inflation. In addition to adopting strong monetary policy, Abe has boosted government spending to put more money into the pockets of Japan’s citizens, which is what Abe officials say the country needs. And it has increased public spending by $100 billion, which will be used to improve Japan’s infrastructure and for public works projects. The policy has driven up the stock market, and due to a weaker Japanese currency, exports are up as well.

Prime Minister Shinzo Abe’s pro-growth administration has earned itself another gold star: the lowest unemployment rate in nearly five years. The Abe government is also trying to broker a deal between labor and management that would at once increase workers’ wages and give employers more flexibility to lay off employees. It also wants to deregulate the nation’s utility and some other industries that are controlled by powerful oligarchies.

However economists say the real measure of Mr. Abe’s success will depend more on whether an improvement in the jobs market will translate into higher wages and the greater spending needed to help put the world’s third-largest economy on the path towards long-term expansion.

The unemployed made up just 3.9% of the Japan’s work force in June after seasonal adjustment. That is the lowest level since October 2008, before the global financial crisis hit Japan’s economy, a government official briefing reporters said.

“This time, Japan’s economic recovery is different from the past,” Akira Amari, Abe’s chief economic minister, said in an interview. “We are matching fiscal, monetary and growth policies.”

Abe’s ministers are considering a cut in corporate taxes for investments and research. At the same time, to bring Japan’s fiscal budget under control, Abe is looking at raising the national consumption tax to 8% from 5% — a risky move that could snuff out the momentum in consumer spending.

The government says inflation is now at its highest level in nearly five years, and the Japanese economy grew at an annual rate of about 3 percent between April and June.

Abenomics has yet to touch ordinary Japanese families.  Many Japanese are skeptical, unconvinced that their country is really making a comeback.

A stronger Japanese economy, the world’s third largest, would help boost global demand. And if Abe can make good on his growth goals, Japan would probably be held up as a model for making tough structural reforms that many countries. The ultimate success or failure of the strategy will be determined by what happens to Japanese incomes over many years ahead.