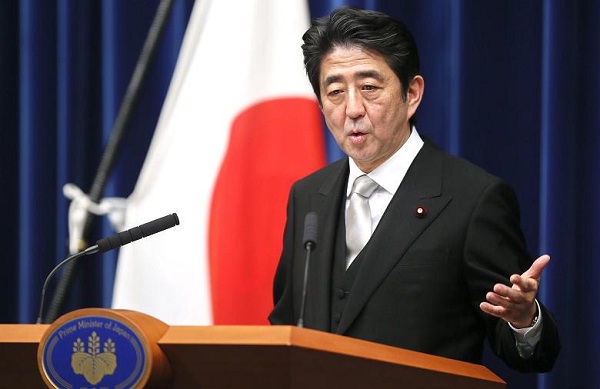 A $116 billion stimulus package has been approved as Prime Minister Shinzo Abe is trying to get the Japan’s economy back on track after the dark times. The steps introduced by the Japanese government are aimed at forcing economic growth. Prime Minister Shinzo Able also declared that the government would improve its cooperation with the Bank of Japan in order to support the economy.

The Japan’s economy has been struggling not only with a sharp decrease in exports to many markets, including the EU and China, but with muted domestic consumption as well. As Japan is in a recession, the government has informed that it approved the $116 billion stimulus package to help the economy get back on track. The new emergency stimulus package is one of the biggest ever approved in Japan.

Having announced the emergency stimulus package, Prime Minister Shinzo Abe underlined the importance of the strategy aimed at creating jobs. He also highlighted the government’s goal was to get the economy out of the recession and build a stronger one, adding: “For that, the government must first take the initiative to create demand, and boost the entire economy.” But Prime Minister Shinzo Abe also declared that the Japanese government would press the Bank of Japan to pump more money in the economy.

Certainly, the approval of the $116 billion stimulus package will decrease the value of the yen as only an adumbration of the stimulus measures brought much relief to Japanese exporters who have been struggling with lower demand for some time. Japanese exporters have been struggling due to a decrease in demand from its main markets, including the EU, the US and China. On one hand, exports to the EU and US have been affected by economic issues including the European debt crisis and the fiscal cliff respectively. On the other hand, exports to China have suffered from the territorial dispute between Japanese and Chinese governments and the Chinese boycott of Japanese products which is the consequence of the quarrel. Japan’s carmakers, including Toyota Motor Corp., Nissan Motor Co. and others, felt the after-effects of the conflict.

Analysts note that the $116 billion stimulus package is a short-term answer for all economic gripes which are faced by Japan. Not surprisingly, they agree that the hefty sum, which is to be pumped in the Japan’s economy, will certainly be a step to revive and spur the growth. But that it is not enough to secure the continual economic growth, according to them. Further steps and measures must be implemented if the Japanese government wants the economy to perk up. It means that the Japanese government should think about introducing long-term changes aimed at helping exporters and increasing domestic consumption as well.

Analysts underline that the long-term changes should include deregulation of the markets if the Japan’s economy is to see the continual improvement. The question remains: “Is Abe ready to introduce these long-term structural changes?”

Anna Domanska
Anna Domanska is an Industry Leaders Magazine author possessing wide-range of knowledge for Business News. She is an avid reader and writer of Business and CEO Magazines and a rigorous follower of Business Leaders.
« China’s exports grow raising hopes for economic recovery
Sluggish demand leads to job cuts in Honda »
Leave a Comment
Close