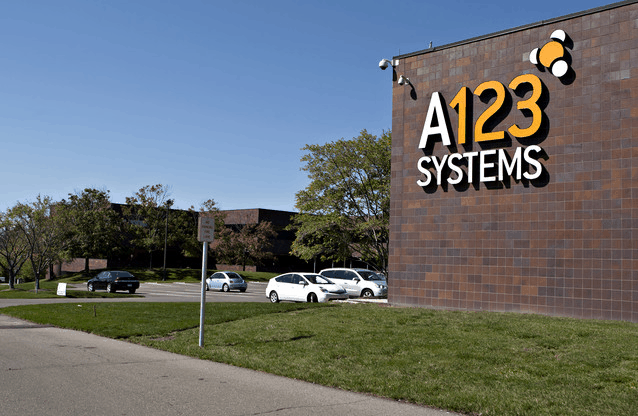 A123 Systems Inc., the  U.S.  battery maker, filed for bankruptcy. The filing might cause harm to Barack Obama who is currently going through the presidential campaign as his administration has backed A123 Systems Inc. The company received a $249.1 million federal grant. In addition, A123 Systems Inc. informed that it would sell its automotive assets to Johnson Controls Inc.

It is a big surprise to see A123 Systems Inc. filing for bankruptcy as just in August the company signed a deal to sell a majority stake to a China’s car parts manufacturer. The agreement with the Wanxiang Group was said to be a lifeline for the U.S. battery maker. However A123 Systems Inc. has informed that the deal with the Wanxiang Group was not completed and the company failed to pay debt of $75 million it had borrowed from the China’s car parts manufacturer.

Chapter 11 documents, which were filed by A123 Systems Inc., included assets of approximately $459.8 million and debt of $376 million as of August 31. In addition, the U.S. battery maker informed that it would probably fail to make an interest payment on $143.8 million of notes expiring in 2016.

The A123 bankruptcy filing certainly will fuel a discussion on government financing of alternative-energy and transportation businesses. Federal grants and loans to companies including A123 Systems Inc. or Tesla Motors Inc., have drown scrutiny since Solyndra LLC filed for bankruptcy in September 2011. The Solyndra bankruptcy filing was made just two years after the company received a $535 million loan guarantee from the U.S. Energy Department.

Mitt Romney, the Republican nominee, has frequently criticized President Barack Obama and his administration for spending on green-energy programs. According to compiled data, A123 Systems Inc. has already used approximately $132 million of its grant to date, not to mention the $6 million given in 2007 by the administration of George Bush Jr. The state of Michigan also gave the U.S. battery maker a grant of $9 million.

Dan Leistikow, the director of public affairs at the U.S. Department of Energy, is convinced that the federal money would not be wasted as A123 Systems Inc.’s assets would be operated by Johnson Controls Inc. He noted: “In an emerging industry, it’s very common to see some firms consolidate with others as the industry grows and matures.”

What went wrong in the A123

A123 Systems Inc., the Waltham-based company, was considered one of the most promising recipients of government financing. And not so long ago the U.S. battery maker was also seen as the rising star among technology companies that were said to revolutionize the car industry.

However A123 Systems Inc. had faced many challenges which turned out to be too difficult for the company to handle. The company struggled with slower-than-expected advances in battery technology, high cost of electric cars and consumers’ concerns regarding the car’s range.

Anna Domanska
Anna Domanska is an Industry Leaders Magazine author possessing wide-range of knowledge for Business News. She is an avid reader and writer of Business and CEO Magazines and a rigorous follower of Business Leaders.
« Lawsuit of Assured Guaranty against Credit Suisse Limited by Judge
China’s economic growth slows to 7.4% in Q3 »
Leave a Comment
Close