An antitrust bill seeks to arm-twist tech giants into building a level-playing field.

On April 27, Gina Raimondo, who serves as the United States Secretary of Commerce, informed people that the agency is backing a key antitrust bill that aims to force tech giants, like Facebook and Google, to compete against smaller businesses, without prioritizing themselves. This announcement shows that the bill has the complete backing of the Biden administration.

Raimondo appreciated the efforts of her peers Sens. Amy Klobuchar and Rep. David Cicilline who have worked hard to bring the American Innovation and Choice Online Act (AICOA) bill into existence. The tech antitrust bill aims to prevent the tech giants from unfairly prioritizing their services on their platforms so that competing businesses get a fighting chance. She testified before the Senate Commerce Committee.

“[I] clearly agree that we need to improve competition, which increases innovation,” said Raimondo. “Last month, the [DOJ] published an op-ed on behalf of the administration in support of the [AICOA] and the department and I certainly support this and agree with the intent of the legislation and the views expressed in this op-ed.” 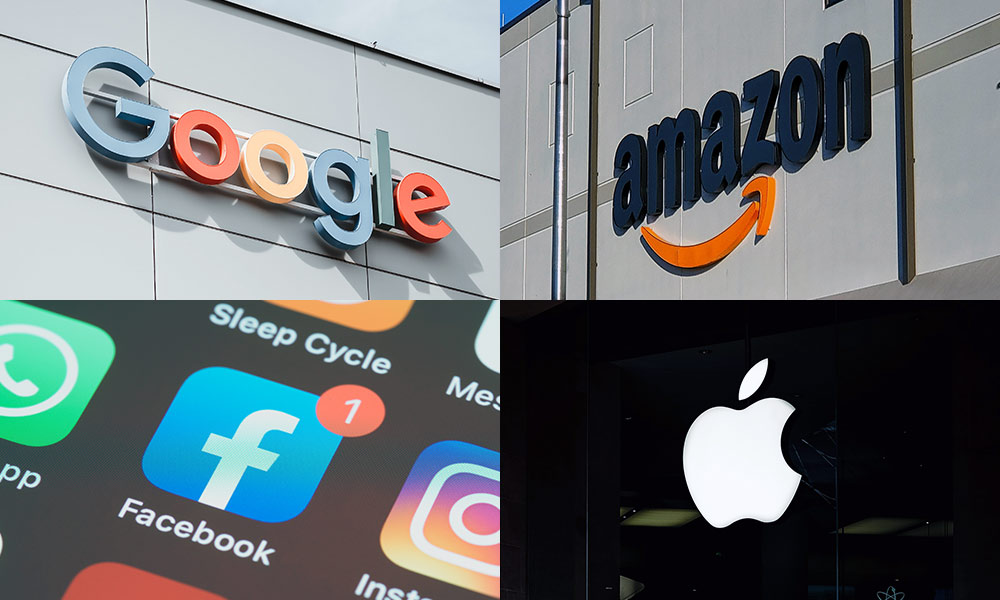 The antitrust bill aims to rein in tech firms and allow healthy competition, unencumbered by their monopoly.

Last month, in a letter to the US Commerce Department, the Department of Justice (DOJ) noted that it “views the rise of dominant platforms as presenting a threat to open markets and competition, with risks for consumers, businesses, innovation, resiliency, global competitiveness, and our democracy.” The letter goes to state that vesting the power to control winners and losers in the hands of a few corporations is against the capitalist nature of the country’s system. Furthermore, it points out that, “the power of such platforms is likely to continue to grow unless checked” and eventually destabilize the “economic liberty that undergirds our democracy.”

The DOJ adds that the antitrust bill will also provide better clarity on antitrust laws and supplement legal frameworks on how to pursue the right course of action.

Furthermore, the DOJ antitrust division is currently suing Google for violating antitrust laws to maintain its monopoly in markets. The DOJ filed a lawsuit against the tech giant accusing it of practicing anticompetitive practices in its search and search advertising markets.

At the time, while filing the civil lawsuit in 2020, Attorney General William Barr had called Google “the gatekeeper of the Internet” and condemned it for being an “unlawful monopolist.”

Meanwhile, in 2020, Facebook was taken to court by the Federal Trade Commission (FTC) for maintaining a social network monopoly through anticompetitive conduct. Ian Conner, Director of the FTC’s Bureau of Competition commented that with the lawsuit they hope to, “roll back Facebook’s anticompetitive conduct and restore competition so that innovation and free competition can thrive.” According to the FTC, having an unmatched position in the market has enabled Facebook to amass staggering profits at the cost of small businesses.

Raimondo’s backing will encourage US lawmakers to follow in the footsteps of their counterparts in the European Union (EU). Since 2017, Google has been fined a record $9.5 billion by EU’s antitrust watchdogs. Apple, Amazon, and Facebook, too, are facing increased scrutiny and have been the subject of investigations. The Digital Markets Acts, which will take effect next year, is the tech antirust bill of the EU. It is meant to regulate how big tech firms deal with user data and to curb anticompetitive practices. The EU is also bringing in measures to prevent these companies from gathering personal data for targeted ads without obtaining explicit user consent.

The US tech antitrust bill, co-sponsored by Amy Klobuchar and Chuck Grassley, has invited fierce criticism from major US technology companies. They have expressed their opposition to the bill and stated that it will affect their service to customers. The legislation aims to rein in the tech industry that has long manipulated products and services to cut competition off at their knees, and further their own agendas.

When implemented, these laws will force big tech to give their competitors a fair chance. For example, Apple Inc., will have to allow alternatives to its App Store, while Google would have to change how they display search results.

Christy Gren
Christy Gren is an Industry Specialist Reporter at Industry Leaders Magazine she enjoys writing about Unicorns, Silicon Valley, Startups, Business Leaders and Innovators. Her articles provide an insight about the Power Players in the field of Technology, Auto, Manufacturing, and F&B.
« The Loudspeaker Created by MIT is Flexible and Ultra-Thin Like No Other
Twitter Revenues for Q1 of 2022 Beat Industry Estimates »
Leave a Comment
Close