Alfa Romeo Giulia: The Alfa of all Automobiles

(Video Source: Chrysler Group LLC) The boisterous anticipation for Alfa Romeo’s return to the U.S. is more or less over. Chrysler recently announced that the Italian brand will return after a 20-year abyss this summer with the Alfa Romeo 4C Launch Edition. The 4C “Launch Edition” comes glued with a price tag of $68,400, preceded by the standard 4C coupe model which arrives to the U.S. this fall that dons a price tag of $53,900. Both the Alfas exclude a $1,295 destination charge. 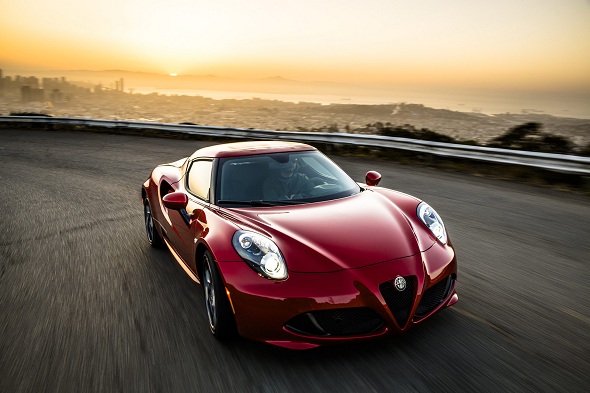 (Image Source: Gtspirit) “The all-new 4C marks the return of ‘the great Alfa Romeos’ and represents the purest formation of the brand’s DNA with its supercar-levels of performance and innovation, all while focusing on making the driver an integral part and completion of the machine,” said Harald Wester, Alfa Romeo CEO, in a statement. An initial group of 86 Alfa Romeo dealers will be the first to sell the 4C Launch Edition coupe which is limited-edition, followed by the 4C coupe. America will be getting 500 Launch Edition 4C in June. If you’re the kind who has to be the first on your block to flaunt the beast with four wheels, then this summer your window to be an ‘Alfisti’ is widely open.

The Launch Edition 4C includes individually serialized (1-5000 plaques and a series of advanced performance and luxury features embedded, including staggered 18-inch (front) and 19-inch (rear) forged wheels, sports seats with black microfiber, increased carbon fiber, racing exhausts and a lot more. The 4C, aluminum 1750cc turbocharged direct injection four-cylinder engine, can reach a torque of 258 ft.-lb. (350 Nm) – 80 percent of which is obtainable at 1,700 rpm. Alfa Romeo 4C can reach 0-to-60 in mid-4-seconds, with a top speed of 160 miles per hour.

Disappointment arrives when you find out that the concept version closeup and backlights have been changed in the production version, which were much more aesthetically sexy to look at. In an interview that Ramaciotti (Group Head of Design) gave to EVO magazine: “The real reason is that the number one goal was to make the 4C as light as possible. The new design with no outside cover and no extra components underneath is lighter and cheaper to make than the one from the concept. They still give the 4C its unique face”. A Vette can be seen every day. But it takes a real masochistic machine to turn heads and these Alfa Romeo promises to make it happen.

Anna Domanska
Anna Domanska is an Industry Leaders Magazine author possessing wide-range of knowledge for Business News. She is an avid reader and writer of Business and CEO Magazines and a rigorous follower of Business Leaders.
« Google Announces First Five Official Google Glass Partners
SolarCity Acquires Silevo, Plans to Build One of the Largest Solar Panel Plants in the World »
Leave a Comment
Close