A Reflection of Possessions – Luxurious Brands 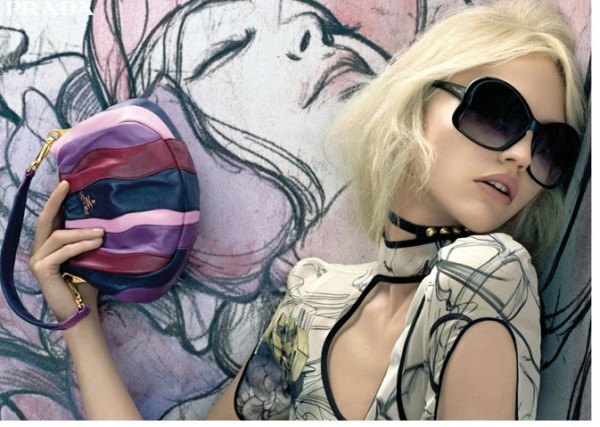 Branding is what matters more in luxury than in any other sector. People shell out thousands of dollars for a handbag partly for the material costs, partly for the beautiful design, but primarily for the brand name. People buy fake handbags that bear the designer name. Why is it so? It’s primarily because brand name matters the most.

Luxury and abundance go hand in hand but when it comes to brands so does quality and respect. There are quite a lot of brands which are respected in the world because of the quality, workmanship and the designer behind them. The main reason people purchase any of these brands is simply pleasure and luxury. And well, there is nothing wrong with enjoying a little luxury, isn’t it?

The list of brands below is purely a reflection of the possessions for the elitist consumers who are at the pinnacle of richness and affluence. These personalized luxury brands not only add glamor to one’s lifestyle, but also carry with them a class and panache, which is admired, appreciated and in some cases envied by others.

The fashion icon, Gucci, was founded by Italian designer Guccio Gucci in 1921 and is probably one of the most valuable & luxurious brands in the world. Gucci sells its products in over 400 stores worldwide as well as on the Internet. Gucci’s energy has decreased a bit this year, but a 2% dip isn’t very significant. They were one of the first brands to enter the online arena and they’ve led the way for other brands. And the designer, Frida Giannini, is hitting her stride from a design perspective. If this season’s Gucci cover presence is any indication, then the brand should definitely stay strong over the next few years. Gucci has a bunch of men’s wear, women’s wear product lines including handbags, watches, shoes, fragrance, jewelry, sunglasses, belts, wallets, scarves, ties.

Chanel, the French fashion house was founded by Coco Chanel in 1925 and has been the epitome of haute couture and luxury brands ever since. Coco was the catalyst for revolutionizing women’s clothing and fragrance. Karl Lagerfeld is the current lead designer with Chanel. After an 11% decrease in value last year, Chanel came roaring back. While they were one of the last online hold-outs, when Chanel did take it digital they set the bar high for luxury brands in the future. They are very careful about how they sell, and have managed to keep the exclusivity of the brand intact while having a strong digital platform.  Chanel’s current product lines include men’s clothing, women’s clothing, fragrance, shoes, belts, hats, handbags, jewelry, eyewear, and watches.

Louis Vuitton is one of the most forged and counterfeited brands in the world, but its products, especially handbags and suitcases, are unparalleled in the luxury market. Among the historical celebrities the only way left for Louis Vuitton suitcases are included by Pierre Savorgnan of American conductor Leopold Stokowski and Brazza. Louis Vuitton, the French luxury brand was started in 1854 making it one of the oldest fashion houses in the world. It will be celebrating 158 years. Initially their focus was handmade luggage but expanded into the purses women would kill for today. One of the reasons of it huge popularity is its dedicated celebrity endorsements.

The legendary fashion designer, Christian Dior, entered the fashion vista in 1947. In the early 1950s Dior revolutionized the world of fashion by introducing “ready-to-wear” in his Dior Boutique, bringing high fashion to the world at large. Dior infused a fresh spirit into women’s fashion with his very first Paris collection called “New Look”, which was immediately picked up in New York. It was Dior’s genius that managed to establish Paris as the culture capital of the world. Currently, Dior operates 60 boutiques worldwide, 15 of them in Japan. Ready-to–wear collections are sold exclusively in the Dior boutiques. Dior handbags are the very essence of beauty & style. Over the years, the Dior brand has been modernized, and the success of its collections has also rides on rectangular frame fronts in flat metal and combination frames.

Prada is an Italian fashion label specializing in luxury goods for men and women ready-to-wear, leather accessories, shoes, luggage and hats, founded by Mario Prada. Prada, the Italian fashion house was created by the Prada brothers in 1938. Although founded by Mario and Martino Prada in 1938, it wasn’t until their granddaughter Miuccia took over the family business in the 1970s that Prada became the true luxury brand it is today. She helped the company evolve from a leather goods to what it is today one of the most recognized brands in fashion and Hollywood. The line-up includes clothing, accessories, footwear, and fragrance and of course the most coveted handbags! Prada’s originality made it one of the most influential fashion houses and the brand became a premium status symbol in the 1990s.