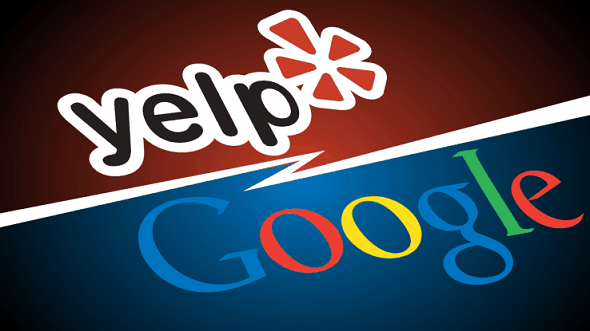 A Yelp-sponsored study conducted by lead researchers, Tim Wu of Columbia and Harvard’s Michael Luca revealed that Google has discriminated against competitors by worsening its search results. According to lead researchers, their study showed that Google favors search results, which direct users to Google content over listed results that point to competitors, like, Orbitz, and Yelp.

Wu said that the data showed was in the interest of anti-competitive behaviour, which may be a hurdle for some customers along the way. The search results place the grist in the mill for an anti-trust authority.

Google declined to comment further, but a spokesperson stated in April Blog post that rival contenders appeared to be successful, writing people have more choices in search results, as compared to earlier ones. European officials have been investigating since April, trying to examine, whether Google skewed findings results were for its own benefit by pushing out competitors in the process. On the other hand, a similar investigation was carried out by the US Federal Trade Commission into possible antitrust violations that was aborted in 2013.

Yelp’s vice president of public policy, Luther Lowe said that they have expected that these announcements have timely given the active inquiries in such issues by anti-trust enforcers. But, rest of them asserted that the report wouldn’t impel to take strict actions against Google, and said that it is not yet proved that a deliberate attempt was done by Google to harm its competitors.

Yelp said that the new report presented to European officials Friday; could put pressure on the investigation process, along with encouraging additional research.

Tim Wu of Columbia and Harvard’s Michael Luca worked together, as Yelp’s Data Science Team, to conduct the study, and have developed two search engine scenarios. The first scenario was the one with critical examination on Google.com that calls up a box listing local businesses, and their addresses that were marked on an accompanying map. The link leads to information from Google+. The second alternative was alike Google.com, but commands Google to search outcomes for different variety of review website, such as FourSquare, TripAdvisor, Orbitz, and Yelp.

For instance; searching – pediatrician nyc, led to a list of 30 review links on the existing Google site, but 719 results were displayed on the alternative option.

Researchers with 2,690 participants found that users were 45 per cent more likely to engage with items moved up in Google search by alternative website with its broader focus, rather, the traditional site with Google listings.

The study finally came to a conclusion that Google’s search outcomes were not essentially better than other alternatives. Yelp’s study stated that Google is making a strategic option to display its own content, rather, choosing for those results which customers would most likely opt for. The lead researchers stated that their sponsored study would appear in the Journal of Antitrust Enforcement from Oxford University Press.

Anna Domanska
Anna Domanska is an Industry Leaders Magazine author possessing wide-range of knowledge for Business News. She is an avid reader and writer of Business and CEO Magazines and a rigorous follower of Business Leaders.
« Ford Motor delves into the Car sharing pool with Peer-2-Peer program
Chinese Handset-Producer Xiaomi Plans to Set up Its Empire in Brazil »
Leave a Comment
Close