A Look at the Fastest Electric Cars in the World

Here’s our revised list of the fast electric cars in the world.

The electric vehicle (EV) market has seen an unprecedented surge recently, with giants like BMW, Ford, and General Motors entering the arena. Gone are the days when the only ‘fast’ electric car you could get was the Tesla Roadster. Things look different in the EV market now. With the advances in electric systems and battery technology, manufacturers can make EVs that pack a serious punch.

Here are the ten fastest electric cars in the world that would make their gasoline-powered counterparts envious. 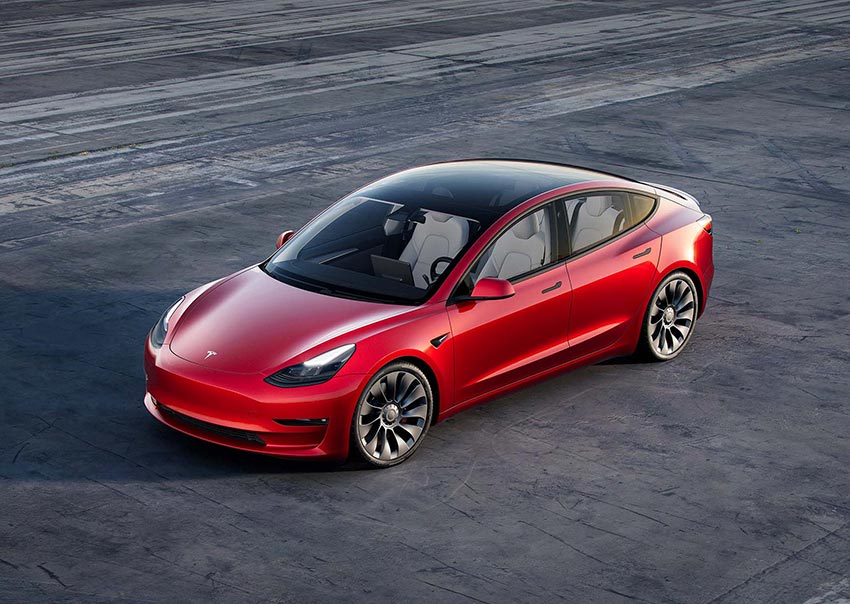 The dual-motor Tesla Model 3 is an absolute beast when it comes to both bower and range. Being one of the most affordable Tesla cars, the Model 3 can stand on its own with the big boys of the EV market and be one of the top electric cars of 2022.

The car shipped with a 0-60 mph time of 4.2 seconds, which was quite impressive, to begin with, but with the latest ‘acceleration boost’ software update, Tesla has managed to bring it down to 3.9 sec. Although the software update will cost users an additional $2000, it is worth the upgrade if you are a speed junkie like us! 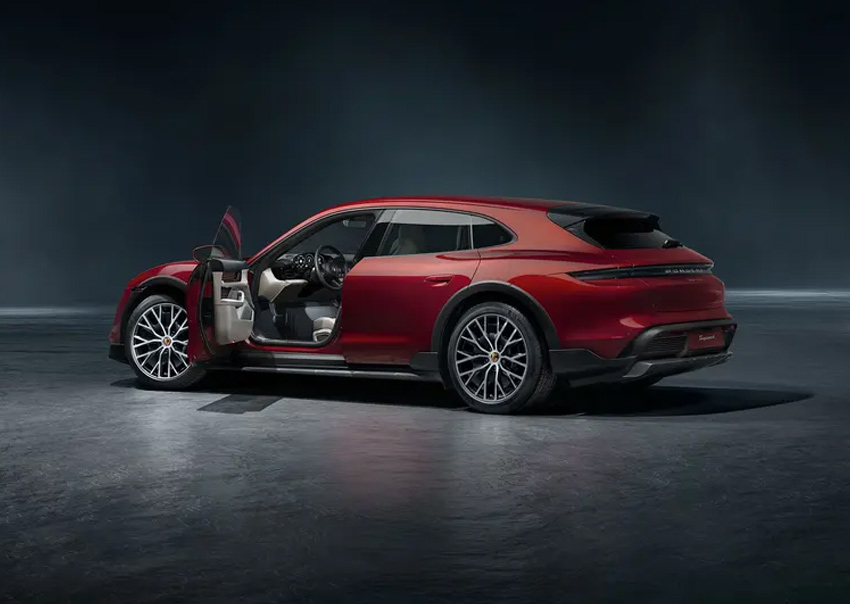 Porsche is known for its luxury and fast cars, so people were excited about the announcement when they entered the EV market. The Taycan Cross Turismo 4S is a rugged variant of the Taycan sports sedan with a 93.4 kWh battery pack.

With a maximum speed of 149 mph, it will be one of the fastest electric cars in 2022. Apart from being fast, the car can accelerate from 0-60mph in 3.9 seconds, which is impressive. 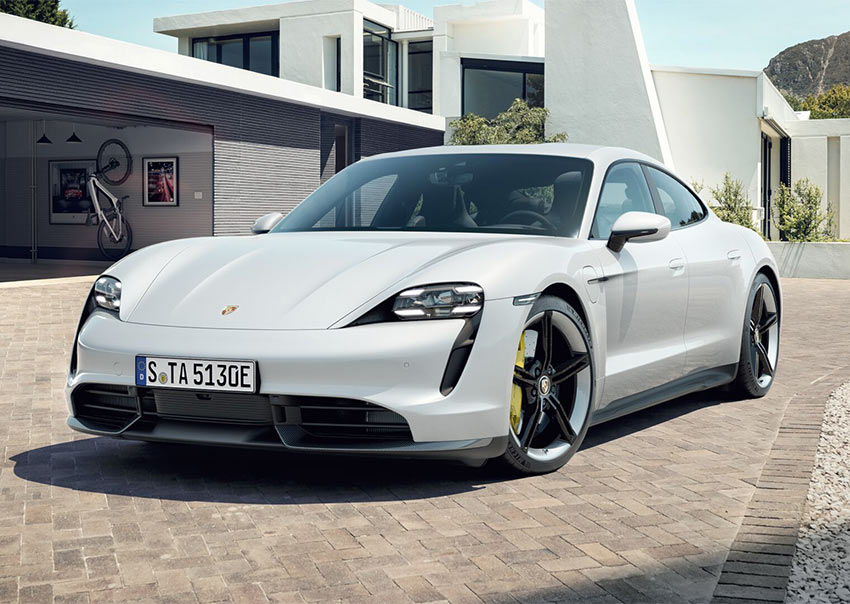 The Taycan Turbo S is Porsche’s crown jewel for electric cars. If not the fastest, it is one of the fastest electric cars the company makes and can reach 0-60 mph in less than 3 seconds (2.6 seconds to be precise), which is amazing.

The car is an absolute beast, with a top speed of 161 mph and 750 hp of power. Although it has a significantly shorter range of 200 miles, if speed is what you crave, this car has it in spades. 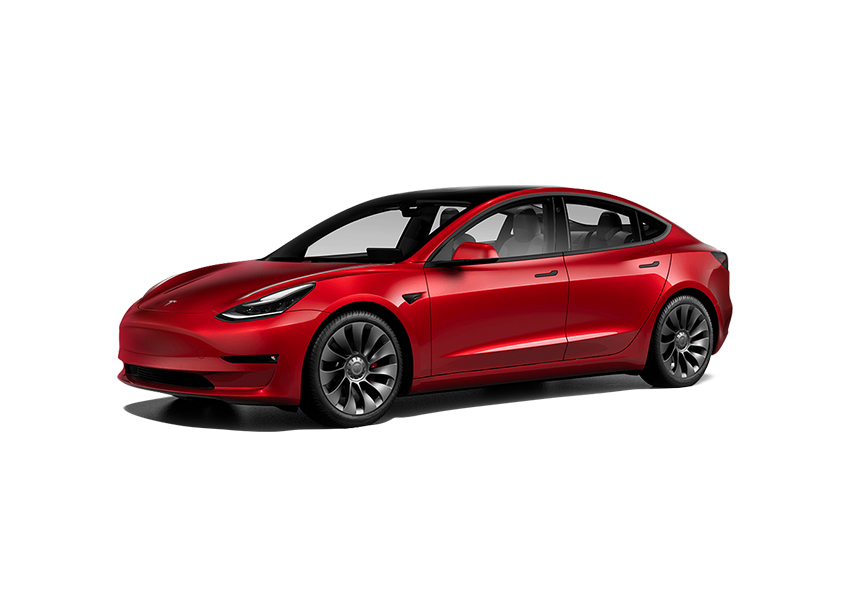 A variant of the Tesla Model 3, this car is built for performance, if you can’t figure it out from the name. Although Tesla might have been quite boring with their choice of name for this model, it is one of the fastest electric cars they sell.

The Model S performance has a 0-60 mph time of 3.1 seconds and a top speed of 162 mph, which is nothing short of amazing for any car, let alone an EV. It is indeed one of the best electric cars of 2022. 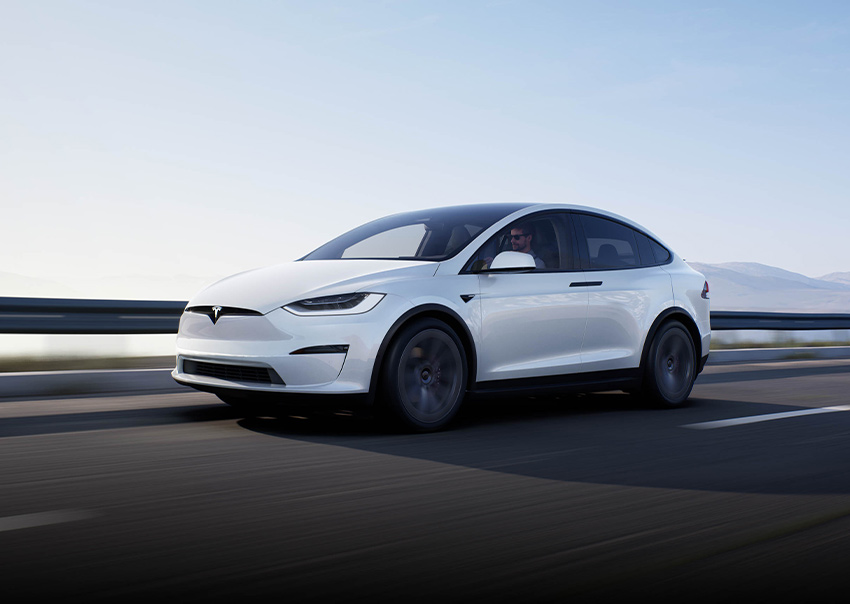 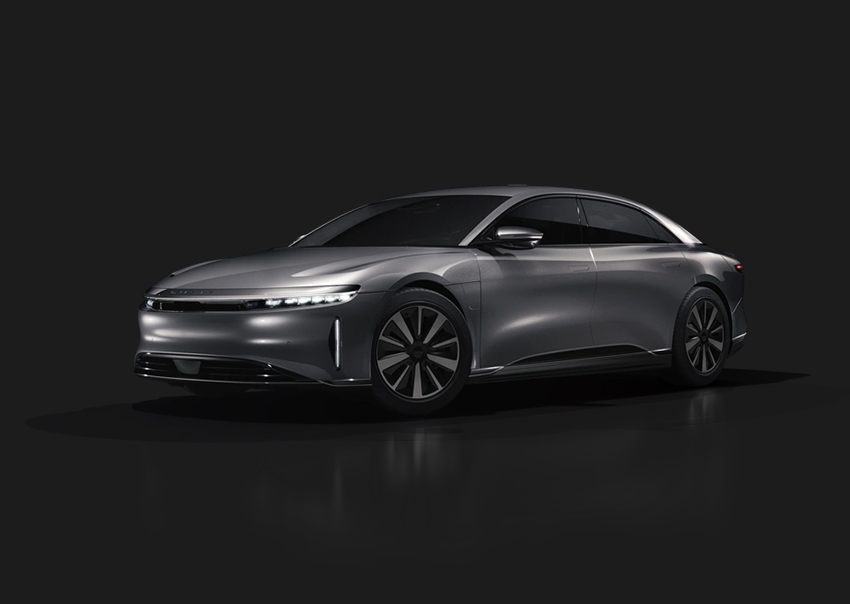 Although a new name in the luxury EV market, Lucid Air has already started to make a name for itself. Lucid follows the Tesla business model by releasing its luxury cars before entering the more affordable markets.

Lucid claims that the Air can go from 0-60 mph in 2.5 seconds and complete a ¼ mile run in less than 10 seconds. With a maximum speed of 168 mph, it is undeniably one of the fastest electric cars in the world. 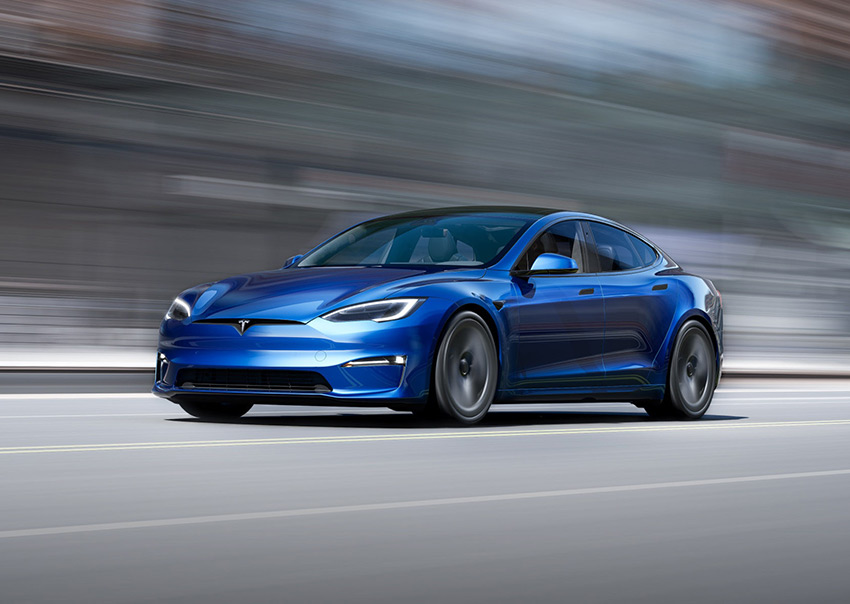 Let’s agree on one thing here; Tesla is horrible at naming their cars. The unenthusiastically named Model S Plaid is one of the fastest sedans you can buy in 2022. The car has a power output of 1020 hp and can go from 0-60 in less than 2 seconds, 1.99.

It is still difficult to believe that a car weighing nearly 4,800 pounds and seating five people can reach 200 mph. 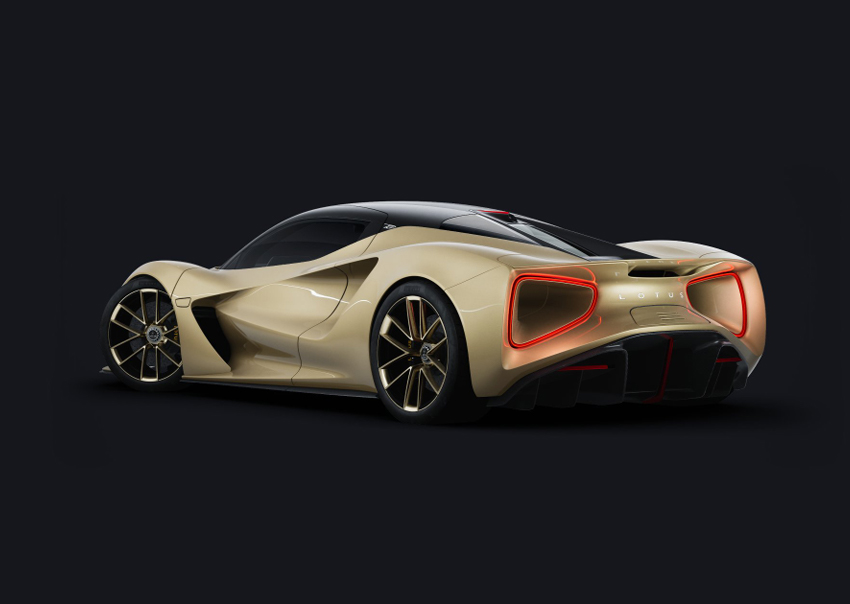 Lotus is a huge name in sports cars all over the world, and with its most recent acquisition by Geely, the company has entered the EV market with a bang. The Evija is Lotus’ first electric car, and it looks pretty darn impressive. Lotus did not skimp on beefing up their rookie EV model to make it a contender for the top electric car of 2022, packing in 1972hp.

According to the company, the Evija can reach a top speed of 215 mph, although the run was completed on the European WLTP cycle. 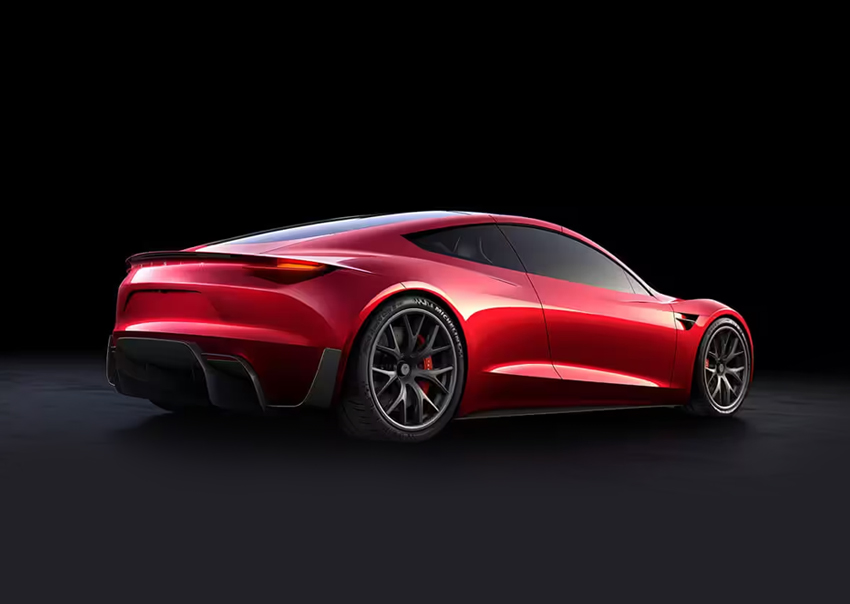 Although the new Roadster has yet to hit the market, going from what the information company has put out, it will be a huge deal. According to the company, the new Roadster model will be the fastest electric car in the world, with a 0-60mph time of 1.9 seconds and a top speed of 250mph.

Only time will tell whether Tesla can live up to its lofty claims, but given the company’s history and Elon Musk’s track record, it just might! 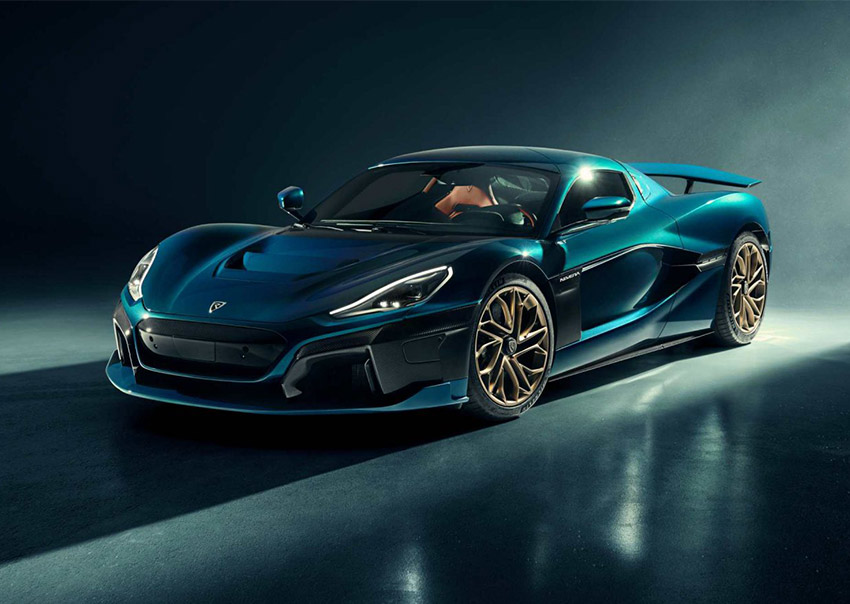 Rimac recently merged with Bugatti and has already made a huge splash in the EV sector. The Nevera is touted to be the best EV globally, putting out 1914 hp and 1740 lb-ft of torque.

Christy Gren
Christy Gren is an Industry Specialist Reporter at Industry Leaders Magazine she enjoys writing about Unicorns, Silicon Valley, Startups, Business Leaders and Innovators. Her articles provide an insight about the Power Players in the field of Technology, Auto, Manufacturing, and F&B.
« Aston Martin V12 Vantage Has Been Revealed, and It Has 690 HP under the Hood
Barclays suffers a $590 million loss due to a bond blunder »
Leave a Comment
Close