A look at major industrial disasters across the world

The Beirut Explosion reminds of a clear lesson that when it comes to compliance, there’s much that needs to be done to undo the damage that often claims human lives as a collateral.

On Wednesday, the world woke up to the news of a massive explosion in Beirut, the capital city of Lebanon. The ‘Beirut Explosion’ sent shock waves across Lebanon on Tuesday, killing more than 100 people and injuring over 4,000. The death toll is expected to rise further as emergency workers dig through the rubble. Lebanese authorities said the blast was triggered by 2,750 tons of ammonium nitrate that had been stored at a port warehouse near central Beirut without safety measures for six years.

Prime Minister Hassan Diab said that the Beirut explosion was caused by more than 2,7000 tonnes of ammonium nitrate that has been stored for six years at the port without precautionary measures being taken. The blast sent seismic shockwaves that shattered windows and shook the ground across the city. “As head of the government, I will not relax until we find the responsible party for what happened, hold it accountable and apply the most serious punishments against it,” said Diab said.

Videos of the Beirut explosion aftermath shows wounded people bleeding amid rubble, and damage where flying debris had punched holes in walls. People reported damage to homes and cars far from the place where the incident took place.

It is said to be the most powerful explosion in years, putting Beirut in grave economic danger as the city now grapples with the effects of another disaster in 2020. President Michael Aoun has called for an emergency cabinet meeting on August 5 and said a two-week state of emergency should be declared.

The Beirut Explosion is reminiscent of the 1984 Bhopal gas tragedy that claimed the lives of at least 3,700. We look into the biggest industrial disasters in the past 100 years. 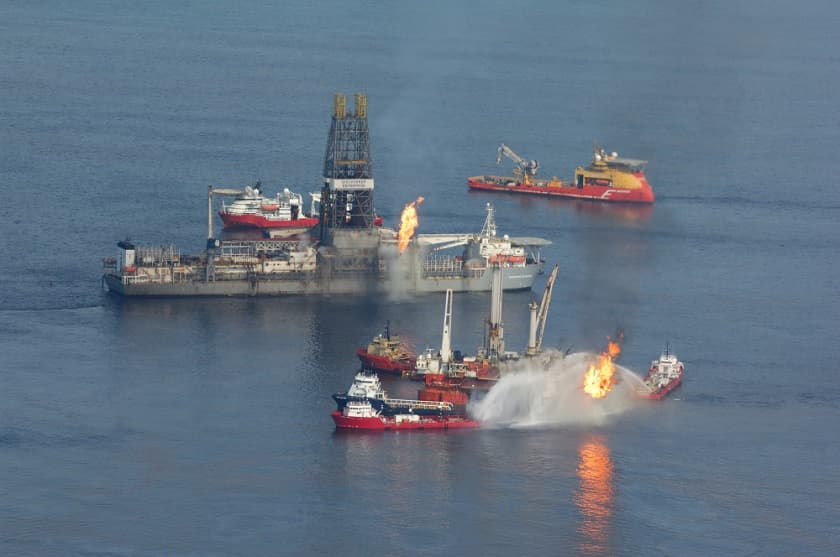 The Deepwater Horizon drilling rig explosion in 2020 in the Gulf of Mexico is the largest marine oil spill in the history of industrial disasters. According to a report led by the Department of the Interior and the NOAA, only about 25 percent of released oil was removed while about 75% of oil remained in the environment in one form or another.

In 1989, Exxon found itself in the middle of a huge industrial disaster when human negligence led to spill dispersed almost 11 million gallons of crude oil over 1,300 miles of Alaskan shoreline. Exxon eventually had to shell out more than $2 billion towards the cleanup effort.

Perhaps, the worst industrial accident in history when 45 million tons of the dangerous gas methyl isocyanate escaped from Union Carbide plant in Bhopal, India. It is estimated that the final death toll of the Bhopal Gas Tragedy is between 15,000 and 20,000, while half a million survivors suffered from blindness, eye irritation or respiratory problems.

An explosion in a coal mine in Monongah, West Virginia leading to a collapse of the mine entrance and its ventilation during one of the busiest parts of the workday. The explosion killed 350 miners – many of them young boys – who died due to suffocation as poisonous gas filled the mine tunnels.

As of now, we do not know if it was a string of poor decisions that led to the deadly Beirut explosion on August 4, 2020. Nonetheless, it’s a clear lesson that when it comes to compliance to avoid major industrial disasters, there’s much that needs to be done to undo the damage that often claims human lives as collateral.