A Silicon Valley-based aerial vehicles company, OPENER Inc., demonstrated a flying car called BlackFly last week. It will be ready for sale from next year and will eventually amount similar to that of an SUV price.

Yes, you read it right! BlackFly is not a concept flying vehicle which is in a design or prototype stage, but it’s real and ready to take flight in the USA and Canada. OPENER will put the flying car on display at the upcoming EAA AirVenture Convention organized in Oshkosh, the USA from July 23 to July 29, this year. The visitors can operate the flying car in virtual reality simulation and experience the 3D flight.

After 9 years, 1400+ flights, and 12000+ miles, the @openeraero team is proud to introduce BlackFly: a #FlyingVehicle that is safe, affordable, and requires no special permits to operate in the USA. #TheFutureOfTransportation #PersonalFreedom

OPENER, a seed sown in September 2014, is a pioneer in unmanned aero vehicles for consumer travel. The company revealed last week that it is funded by Google co-founder, Larry Page.

The company introduced BlackFly as “the world’s first ultralight all-electric fixed-wing extreme short/vertical take-off and landing (ESTOL/VTOL) aircraft,” in a statement. The flying car is a single-seat, personal mode of transportation. 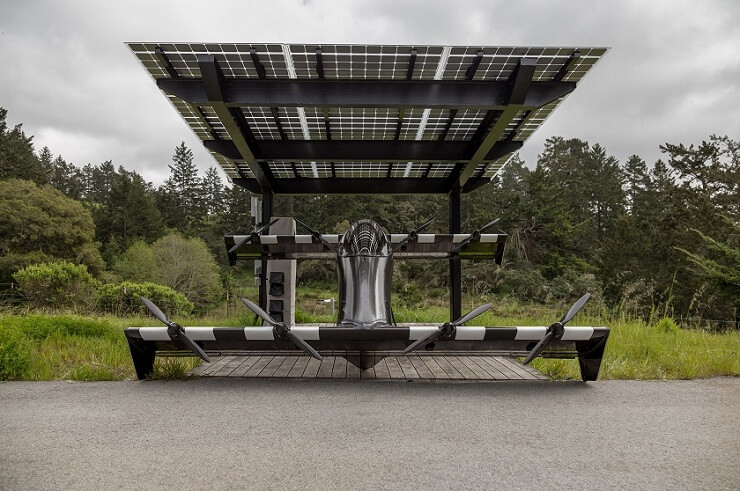 Surprisingly, one does not need a pilot license to operate BlackFly in the USA, though an ultralight pilot license is required in Canada right now. Yet, the aerial vehicle company highlighted that for the precautionary reasons, a rider would have to undergo a training program to get acquainted with the flying car system.

“OPENER is re-energizing the art of flight with a safe and affordable flying vehicle that can free its operators from the everyday restrictions of ground transportation,” said Marcus Leng, CEO.

BlackFly is made of a mixed-carbon fiber and boxed in 13 ft 7 in (W)*13 ft 5 in (L)*5 ft (H). It is integrated with a joystick and fly-by-wire electrical controls for manual operations, in addition to flying on autonomous mode. The flying car’s cockpit is also installed with an Automatic Return-to-Home button.

If needed, OPENER’s latest VTOL aircraft can operate under fresh water too. Correspondingly, BlackFly is designed to land smoothly on any terrain including asphalt, snow or ice, while it works best on a grassy surface. Interestingly, though BlackFly is a car concept, it does not have wheels and hence cannot run on roads. 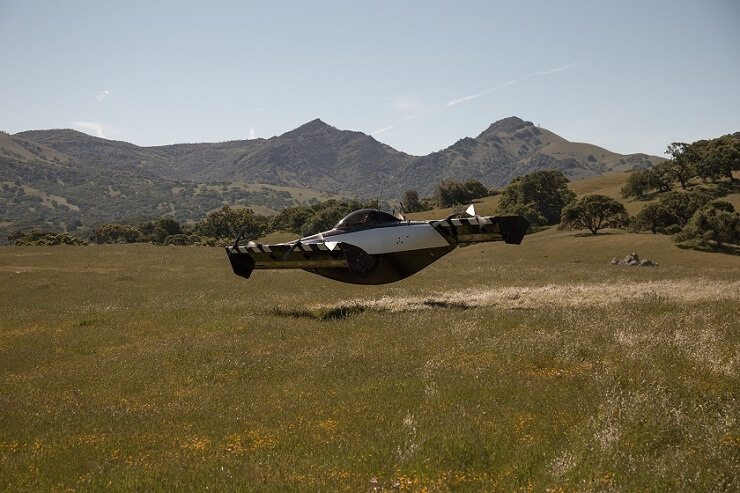 BlackFly will eventually amount similar to that of an SUV price. Source: OPENER

Further, the electric flying vehicle is permitted to travel a distance ranging 25 miles at a speed of 62 mph in the USA whereas, in Canada, it can cover distances of up to 40 miles at a maximum speed of 72 mph.

“The future of Aviation begins today,” noted Alan Eustace, Director at Opener and former Senior Vice President of Knowledge at Google. “The dream of flight, which was so difficult and expensive to obtain, will soon be within the reach of millions. Opener is putting the fun back into flying and opening up a new world of possibilities,” he added.

BlackFly is configured with eight propulsion systems which spread across two wings and offers fault-tolerant design.  It comes with an option of a Ballistic parachute.

Manufactured in North America, OPENER’s newest electric flying vehicle gets 80 percent charged within thirty minutes on 240V/2x50A charging station. Along with this, a solar panel is mounted on the top of the aircraft for natural charging. Its machine is assigned to produce low noise level which is maximum up to 72 dBA when measured at 150 ft height.

With BlackFly ready to go on sale as early as in 2019, the future of electric aviation appears evolving from impossible to inevitable.