IT giant Microsoft revealed the Q2 of 2020 financial results, reporting an optimum revenue of $36.9 billion and a net income of $11.6 total billion. The revenue earned from Windows licenses also increased just when the support of Windows 7 ended. The Microsoft gaming revenue fell by 21%, with Microsoft blaming the lowdown to some third-party game in 2019.

The revenue of Surface by Microsoft increased last year during the same quarter with the launch of Surface Pro 6, the Surface Laptop 2, Surface Studio 2, and the Surface Headphones. This pushed the businesses of Surface to around $2 billion. Surface revenue also increased by a total of 6 per cent to $1.9 billion.

Microsoft recently launched the new Surface Pro X device, the device having an ARM-based Qualcomm SQ1 processor. The Surface Pro 7 is embedded with the latest Intel processors as well as USB-C, Surface Laptop 3 with an innovative 15-inch model, a USB-C as well as metal or fabric finishes. 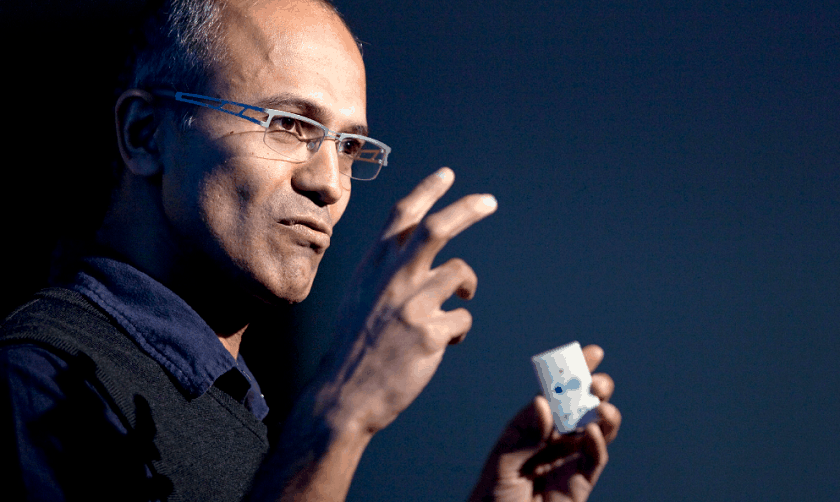 Microsoft gets its significant earnings from Office as well as cloud businesses. The Office Commercial products, as well as Microsoft cloud services revenue, have in the recent quarter increased to 16%, and the Office revenue by 19%.

Microsoft this year is looking forward to launching the Surface Earbuds around spring, and also unveil the new Surface Book and Surface Go features this year. It also has plans in the pipeline to launch the dual-screen Surface Neo and Surface Duo.

Amy Hood, Microsoft CFO recently revealed that the company expects the Surface revenue growth to be in low single digits as the company is managing the execution challenges in the consumer department. She also revealed that the gaming revenue would witness a decline in the next quarter due to the console sales and a lower transaction volume count on a third-party title. While the income in gaming has decreased, Microsoft is busy planning the launch of a newer Xbox and is investing its finances in Xbox Game Pass for its online gaming business.

The company is also planning to launch the xCloud game stream service in 2020. The Windows 10 support and PS4 controller support systems are also coming in 2020.

The quarter was interesting for Windows too! Microsoft ended the support services for Windows 7 earlier in January, which helped push on the PC market to the first-year growth since the year 2011. This is mainly due to an increase in business and consumers. The Windows OEM Pro, as well as non-Pro, was up in the last quarter, with the Pro revenue increasing by striking 26%. Microsoft terms this as a “healthy Windows 10 demand” for upgrade systems of Windows 7. Microsoft 365 agreements and deals with various businesses also pushed all commercial products and increased the cloud revenue by 25%.

Microsoft gets its significant earnings from Office as well as cloud businesses. The Office Commercial products, as well as Microsoft cloud services revenue, have in the recent quarter increased to 16%, and the Office revenue by 19%. The overall revenue is termed as “Intelligent Cloud” by Microsoft, which was $11.9 billion. This was an increase of 27% compared to other years.

Microsoft’s significant revenue is earned from Office, Azure, and its commercial cloud services. Though the “More Personal Computing” made the majority of revenue, its growth is lower in comparison to its other businesses. The income of Microsoft is spread across diverse companies, even though the company hasn’t yet entirely relied on any individual business for its revenue.

Anna Domanska
Anna Domanska is an Industry Leaders Magazine author possessing wide-range of knowledge for Business News. She is an avid reader and writer of Business and CEO Magazines and a rigorous follower of Business Leaders.
« Wuhan Coronavirus: The Economic Impact
Super Bowl Ad Fest: the good, the bad, and the not so ugly »
Leave a Comment
Close

On April 20, Apple CEO Tim Cook will take the stage to walk us down memory lane. The company’s ‘Spring Loaded’ event on Tuesday will usher in the launch of Apple’s next-gen
2 hours ago

Facebook Inc. on Monday announced it will launch several audio-centric products that can help it compete against Clubhouse, an audio-only chatting app that exploded in popularity d
2 hours ago

Goldman Sachs Growth Equity has invested £50 million ($69 million) in UK digital bank, Starling. The investment is in addition to the bank’s oversubscribed £272 million Ser
20 hours ago