The British food delivery platform is seeking a valuation of up to $12.2 billion.

Deliveroo, the food delivery platform, is planning its market debut on the London stock market with a valuation of between $12 billion (£7.6 billion and £8.8 billion). It would be the biggest valuation in a decade on the LSE.

The food delivery app plans to sell its shares between 390p and 460p. The price reflects the big boost that takeaway food businesses have seen in the last year of Covid-19 and the subsequent lockdowns. Deliveroo said the total value of orders it received was up by 121% in January and February this year compared with the same period in 2020. 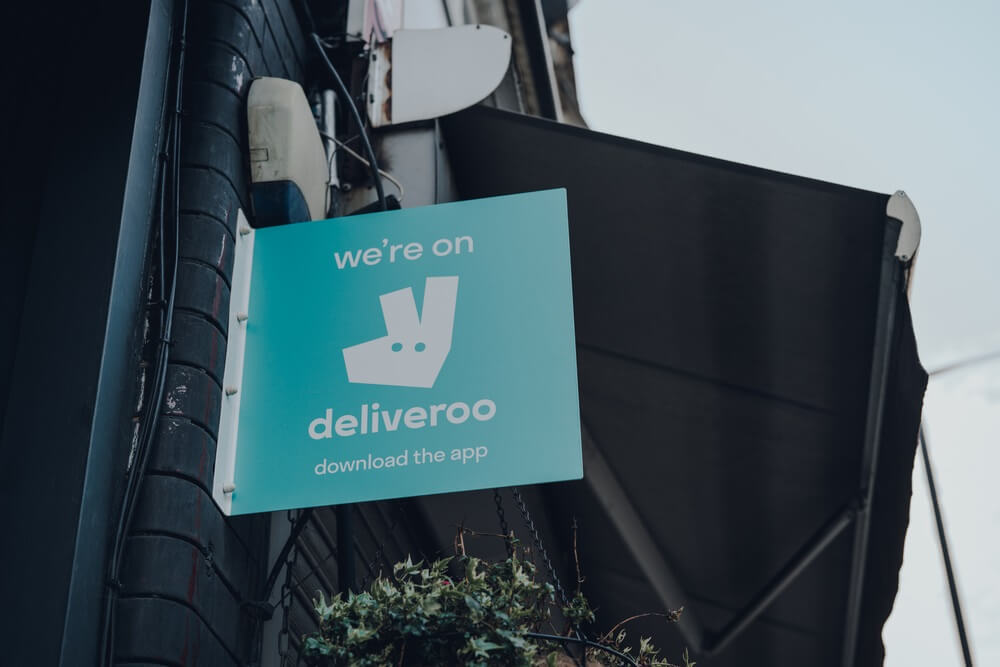 In a press statement, Founder Will Shu said there were “huge” opportunities for the business at the moment. There are rumors that Will Shu was likely to sell a small part of his 6.2% holding in the flotation. He was expected to sell just over 6.7 million shares, which – at the top end of the price range – would make him a cool £30.8 million.

Deliveroo has not yet made a profit.

Deliveroo said the total value of orders it received was up by 121% in January and February this year compared with the same period in 2020.

‘Deliveroo said there were “enormous” market opportunities for expansion. “The way we think about it is simple: there are 21 meal occasions in a week – breakfast, lunch, and dinner – seven days a week. Right now, less than one of those 21 transactions takes place online. We are working to change that.”

The recent gig workers debate in the US and UK has led to demands for fair working conditions for the contract workers. Deliveroo drivers in the UK were active in the protests for better compensation and benefits for gig workers. A recent court decision in the UK confirming worker status for Uber drivers has been a benchmark for workers’ rights in this sector. The Court of Appeal ruled that Uber’s drivers should receive holiday pay, pension contributions and the minimum wage.

Deliveroo has around 45,000 restaurants listed on its platform in the UK. There is still no clarity from the company on workers’ compensation and its model to share profits with the restaurant partners. Competition in this sector is fierce with Uber Eats, and others. Uber has agreed to abide by the ruling.

Susannah Streeter, from stockbrokers Hargreaves Lansdown, said, ”Deliveroo competes with Uber Eats, Just Eat and a host of others. Just Eat has already announced its intention to ramp up operations in the UK. Until now it’s been focused on just offering the delivery platform but now it will be scaling up its delivery fleet of riders over the coming year.

“Just Eat takeaway has also pledged to stop using the gig economy model and offer UK workers hourly wages, sick pay and pension contributions. This is in stark contrast to Deliveroo which has so far seen off challenges in the courts to its self-employment model… it’s clear the challenge to Deliveroo’s contractor model is likely to continue.”

Restrictions on hospitality businesses in England are set to be lifted on April 12. Deliveroo will list mainly new shares to raise up to £1 billion. It intends to operate a dual-class share structure for three years that will allow Shu to retain control of the company. Additionally, it has a community offer, specially designed for Deliveroo customers, and riders who have delivered the most orders will share in a £16 million fund, the company said.

Shu said: “We are proud to be listing in London, the city where Deliveroo started.

“Becoming a public company will enable us to continue to invest in innovation, developing new tech tools to support restaurants and grocers, providing riders with more work and extending choice for consumers, bringing them the food they love from more restaurants than ever before.”

Anna Domanska
Anna Domanska is an Industry Leaders Magazine author possessing wide-range of knowledge for Business News. She is an avid reader and writer of Business and CEO Magazines and a rigorous follower of Business Leaders.
« Robinhood files to go public
Banks commit $750 billion in fossil fuels despite pledging to support net-zero emissions »
Leave a Comment
Close