An auction held at the Amelia Island auction of Gooding & Co. saw one of the biggest auctions of a Porsche car. The 997 GT3 RS 4.0 was sold at an unbelievable price of $7,48,000. The GT3, released in 1999, was the most recent; during the time of superior 911 models that were designed to satisfy hardcore sports and automotive enthusiasts. In 2011, Porsche disclosed the ultimate and supreme evolution of the 997 GT3 – the RS 4.0. It was at once perceived as one of the best sports cars ever designed by the German Automobile manufacturer.

The 997 GT3 RS 4.0 is supercharged by a sensible Mezger flat-six engine. For the RS 4.0, Porsche made an unbelievable five hundred bhp at 8,250 rpm, which helps the RS 4.0 to accelerate from zero to sixty mph in 3.5 seconds.

The 997 GT3 RS 4.0’s driving dynamics are the results of meticulous testing by Porsche Motorsport. There is an in-depth use of carbon fiber which keeps the curb weight beneath 3,000 lbs. Its new front dive planes have an adjustable rear wing, which contributes 426 lbs. of down force at prime speed.In total, 600 samples of the GT3 RS 4.0 were designed. Of these, only thirty-six were painted black in comparison to one hundred and five painted Carrera White.

Notably, this car is one among the only twelve North American models; originally ordered with ‘Deletion of electronic equipment CDR-3’. Out of the twelve recorded examples, this RS 4.0 is one amongst the two finished in black. 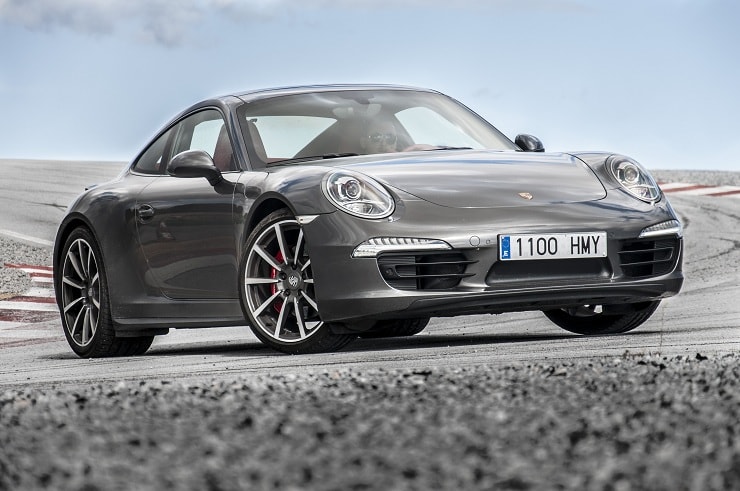 Before concluding, it is also noteworthy that a few months ago; a 911 R was sold for $7,00,000 in California, and a 959 sports version was sold for almost $2.8 million. Typically, limited edition Porsche cars have become a modern luxury for people. It can also be seen that people are readily paying double or more the base prices for these cars. As of now, it’s too soon to call it a world record breaking auction; but it is definitely something that has a big amount associated with it.