800 Aviva jobs at risk due to restructuring 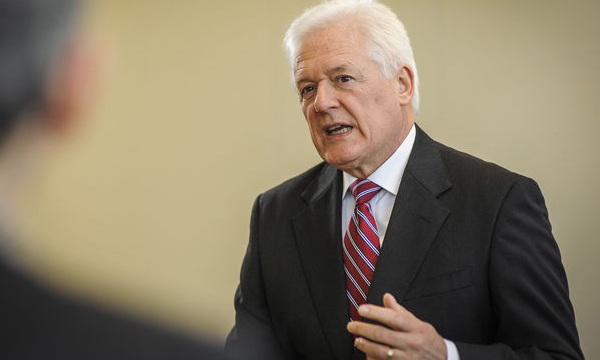 Aviva PLC, Britain’s No. 2 insurer, informed that it might cut 800 positions in its UK business. The downsizing is planned as a part of a cost-cutting scheme designed by the new chairman at Aviva, John McFarlane. The Aviva restructuring plan aims at reducing the number of management layers from 9 to 5 and cutting cost by £400 million. Moreover John McFarlane, the new chairman at Aviva, also plans to dispose 16 businesses of the company.

Aviva’s restructuring plan will be finalized by the end of the year. Aviva employs 3,000 people in its insurance business, out of total number of 18,000 workers across Britain.

However the John McFarlane aims at reducing the workforce in both; general and life insurance arms of the UK operation. The group has 70 centers across the whole country with main offices in Norwich, York, Perth and Glasgow. The cuts are part of the aforementioned Aviva restructuring plan which was created by John McFarlane.

John McFarlane was appointed as executive chairman at Aviva this year after Andree Moss had stood aside during shareholders’ revolt. Till date he has been trying to boost company’s share price and restore balance.

The downsizing in Aviva is not a new process. The group had been undergoing cuts under the previous management too. Yet those cuts were not enough.  These days middle managers are at risk due to the Aviva restructuring plan.

Aviva recently informed that 70 percent of jobs were safe. Yet this information has not been enough for workers and employee unions. However it was also highlighted that the company hoped that the majority of those 30 percent at risk would be placed in new roles. “The vast majority of our employees will be placed into roles with little change. Up to 800 roles could be at risk, although in practice it will be fewer than this because of natural turnover, voluntary redundancies and redeployment opportunities within Aviva. There will also be some new roles in growth areas”, Aviva’s spokesperson quoted .

McFarlane- a cure for the sickness?

John McFarlane is said to be an author of the Aviva restructuring plan aiming at restoring balance in the company. By using this strategic overhaul Aviva wants to save up £400 million, or $632.1 million, mainly by introducing reduction of positions and at the same time removing several layers of management.

Earlier this month Aviva published its half-year results which showed that company had seen a £456m loss in the period. Aviva also has businesses in North America and Europe, however the domestic business is the biggest contributor to the company’s profit. In the reported period operating profits at the non-life division in the UK and Ireland dropped from £280 million to £234 million year-on-year. Yet the group saw a gain of 2 percent to £269 million at the UK life assurance arm.

The Aviva restructuring plan consists not only of the cutting jobs. John McFarlane also wants to dispose group’s assets, including a sale of the U.S. business.

Anna Domanska
Anna Domanska is an Industry Leaders Magazine author possessing wide-range of knowledge for Business News. She is an avid reader and writer of Business and CEO Magazines and a rigorous follower of Business Leaders.
« Emerging Markets Not Suitable for Mergers and Acquisitions
Half stake of HTC Corp. sold back to the Beats audio firm »
Leave a Comment
Close