‘Adversity has the effect of eliciting talents, which in prosperous circumstances would have lain dormant.’

Highly successful people not only overcome their disadvantage but use them to add a new dimension to their work. They see stumbling blocks as an opportunity to begin again with more wisdom.

Successful people defer forming opinions or sky-diving to conclusions until the end of the process. We tend to judge everything: people, products, places, behavior, and by design categorize them as good or bad. Once we have locked something down, all other possibilities vanish.

The most successful people constantly search for a better method even when everyone else is content with the set standards. They believe that there is always space for improvement, and refrain from trapping into set methods just because that is how things have always been done. They challenge and question the traditional methods, no matter how long their peers have been doing the same thing the same way. 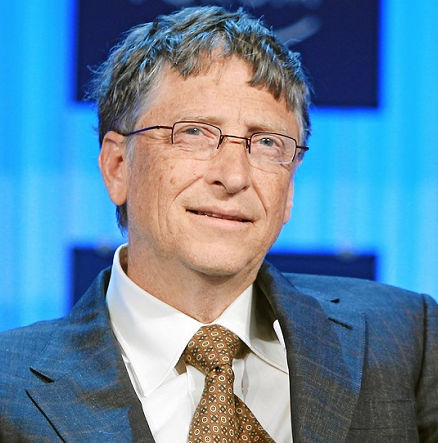 ‘Power comes not from knowledge kept, but from the knowledge shared,’ said Bill Gates on corporate IQ. Highly effective people create a culture of sharing, whether it is high up or low in an organization. Knowledge sharing stimulates synergy, where an organization gets more output than the collective input. Contributions can come from anybody and everybody.

Where there is no rain, there is no rainbow. Our most worthwhile achievements usually spring from our deepest problems. Highly successful people overcome their inner demons and put them to work, thus transforming it into something astonishingly worthwhile.

Apple’s manifesto reads like this: ‘We believe in saying no to thousands of projects so that we can really focus on the few that are truly important and meaningful to us.’ Industry leaders develop a set of principles they believe in and continuously make every effort to uphold it. Traditionally, manifestos are used for a public declaration, but that doesn’t mean you can’t create one for personal use.

The highly successful people often contradict themselves. They are simultaneously conservative and rebellious. They are playful but highly self-disciplined. They are humble yet arrogant. The result is iconoclastic contributions to the world. Our mind contains multiple perspectives concurrently. Contradicting to own self is a sign that you are bursting with innovative ideas.

Anna Domanska
Anna Domanska is an Industry Leaders Magazine author possessing wide-range of knowledge for Business News. She is an avid reader and writer of Business and CEO Magazines and a rigorous follower of Business Leaders.
« How to attain Career Growth without becoming a Workaholic
These changes in your Workspace can boost your Productivity »
Leave a Comment
Close