7 Clear-Cut Signs that Multitasking is NOT for You!

What you’ve heard about multitasking is not wrong: It’s not good for you! Rapid task-switching will not only keep you unfocused but also hamper your creativity.

Let Your Mindfulness Lead You to Success

Multitasking is an overrated term in the present world. Almost every second person says that they multitask without even knowing the true essence or method of it. Job applicants often have this term in their resumes, but it is unrealistic to believe that they have those skills!

Multitasking is the skill that is defined as a person’s ability to manage or execute more than one task at a single time. Just because everyone manages households and also talk on the phone at the same time doesn’t mean they can multitask! But not everyone can multitask. Some people work proficiently, focusing on only one task, and getting that task done. Some signs show that the person can’t multitask, with few of them being the following: 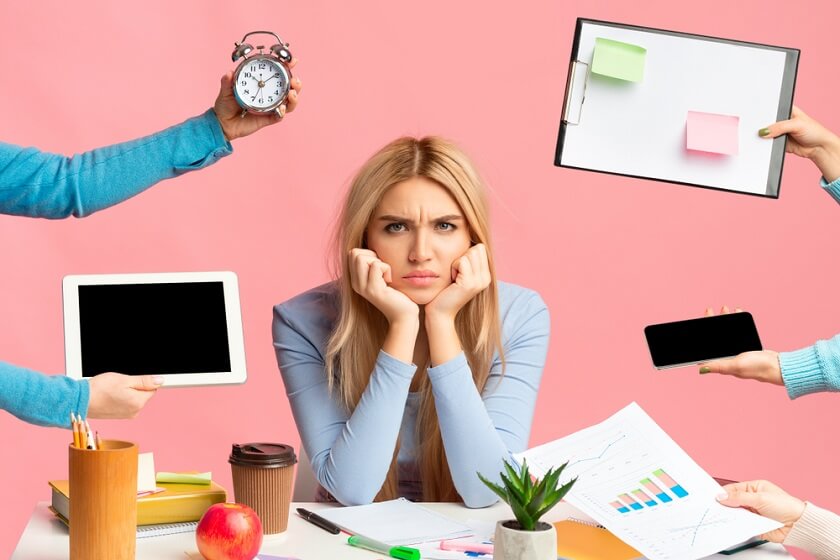 This could be you.

If you find switching to a different task each time you’re interrupted, you are not good at multitasking. Getting interrupted frequently will only lead to the projects and tasks at hand being delayed. If you find yourself losing your thoughts and attention when interrupted, erase the interruptions and give yourself some uninterrupted time to complete the task. Leave phone calls, clients, or people around you and focus on completing that task!

Forgetting important things often are signs that you don’t excel in multitasking. This means you are handling too many tasks at once, which is distracting and making you forget the essential things in mind.

Overwhelmed all the Time

If you feel overwhelmed most of the time at work, or you often lost track of thoughts, you are handling too many tasks and undoubtedly not good at multitasking. Instead of taking up all the work to yourself, delegate some tasks to colleagues. This will ensure you finish your assigned tasks efficiently and in perfect time. If you are continuously overstressed at work, you are not great at multitasking for sure. People who multitask often deal with more stress than the regular way and have difficulty focusing on a single project. It is always best to figure out the process that works best for the work habits, before calling yourself a good multitasker!

Another vital sign that you are not good at multitasking is finding yourself completing the more manageable ad fun tasks and leaving out the most important works. If you inadvertently miss the important ones more than once because you prioritize the easier ones, then better drop the idea of multitasking. When that happens, prioritize your tasks, streamline them throughout the day, and focus on one after the other.

If your work often has errors and is poor, you are not at all good in multitasking. Taking too many tasks at hand and hastily finishing one after another is not multitasking and never gives good results! People who can multitask efficiently can complete each task satisfactorily, not only excellent at one but also at every task.

If a task takes a long period to finish, then you are not good at multitasking. It will probably take you longer than the specified time to complete two projects when switching back and forth to the two tasks. In such a case, focus on one entirely, make it happen, and then switch to another. Each task at hand requires a specific mindset, and you can’t concentrate on both together with two different perspectives at once.

Multitasking requires ‘working memory’ or temporary brain storage. When the working memory is all used up, it hampers the creativity of a person. Using the memory reduces the ability to think creatively and be open to the work. Also, over focussing on multiple projects will only harm performance on creative problem-solving tasks.