5 Most Expensive Sports Memorabilia in the World. More pay and no play 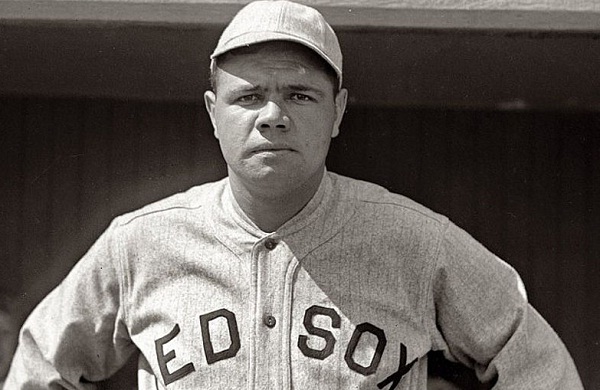 It does put you in a different category.”

Sports memorabilia… Why are these small or sometimes bigger collectible items so desired by people? Even with uncertain economic conditions, the global financial crisis and ongoing social turmoils, some people are just so keen on getting them regardless of hefty sums which they will have to pay to buy sports memorabilia. Indeed, sports collectibles are very much appreciated when it comes to their importance, significance and value as well.

With so many dedicated fans, it is not surprising that sports memorabilia sector has become simply a money-making business driven by driven various desires. Without question, sports collectibles, in particular, the most expensive ones, seem to be either an obsessive hobby or an investment, or even both at the same time. Some analysts underline that sports memorabilia can be indeed a great low risk investment as there is a great chance that there is another person ready to pay a high sum for a given collectible item, thereby making these objects so much desirable. However, a question can be raised whether the world’s most expensive sports items are worth as much as some people have paid for them.

Personalities like Michael Jordan, Babe Ruth, Muhammad Ali and many more, are among those who are considered legends in their respective disciplines. Therefore it is not surprising that sports legends’ memorabilia can be bought for staggering amounts of money as these collectibles are highly desired.

On the list of the most expensive sports collectibles, the first position belongs to the unforgettably famous Babe Ruth jersey. No wonder as this collectible piece of sports history was auctioned off for an astronomical sum of slightly over $4.4 million. To crown it all, the auction took place back in May 2012, so at the time when we did not get over all the tragic conditions driven by the economic crisis. If you are not a big zealot of sport, you should only known that the renowned Babe Ruth jersey is an iconic New York Yankees road model which was worn by legendary Babe Ruth in his first season after he was transferred from the Red Sox.

Without a doubt, the staggering price tag of exactly $4,415,658 may make one dizzy, but in fact some people are such big and dedicated sports fans that they can pay anything to get their idols’ sports memorabilia. Indeed, the price of Babe Ruth jersey is shocking, compared to an initially estimated price of about $1 million.

The question remains: “What will the new owner of Babe Ruth jersey do with it?” Most probably, this undeniably exceptional artifact will be hidden as a well-kept secret rather than shown publicly. But this is the privilege of being able to buy the most expensive sports memorabilia. As it has been underlined in a statement by David Kohler, president of SCP Auctions, this astronomical sum “proves again that Babe Ruth is king in the sports memorabilia world.”

Surprisingly or not, the second most expensive sports collectible is Original Basketball Rules which were auctioned off for as much as $4.3 million, so just slightly below the price of Babe Ruth jersey. The proud purchasers of the exceptional document in basketball history, which was written by James Naismith, are David and Suzanne Booth. The Basketball Bible was estimated at around $2 million. Even though Original Basketball Rules have not much in common with the today’s game, basketball fans regard the document as their bible.

The buyers decided to give their precious loot. David Booth underlined: “It is an incredibly important document,” adding that the decision to donate the document was dictated by the matter of justice and simple sharing.

But for big baseball fans, the price of The Mark McGwire’s 70th home run ball, one of the most expensive sports memorabilia in the world, is not surprising as this collectible item is praised to the skies as the “Hope Diamond of Baseball.”

What is more surprising is the person who bought one of the most expensive sports collectibles in the world. Todd McFarlane was not known as much dedicated and committed sports fun as he has turned out to be. But on the other hand, Todd McFarlane, producer of Ozzy Osbourne and KISS, has been known for eccentric likings. But this precious sports collectible was not intended to stay only for his eyes. He announced that he would take his loot on a tour, with any takings dedicated to charitable organizations – what a gesture!

The Babe Ruth Bat has also a place in the first five of the most expensive sports memorabilia in the world. And as we know, it is not the only Babe Ruth’s item on the list. The bat, which was used to hit the first ever home run at Yankees Stadium, was auctioned off for approximately $1.3 million, topping analysts’ estimates.

The honored auctioneer Sotheby’s informed that the object was purchased by Mastronet Inc., a sports and memorabilia company, on behalf of an unidentified New York-based collector.

After all, the bat was going home! To crown it all, no bat in the history has been sold for as much as the one used by Babe Ruth which is however in very good state, not to mention that it was also autographed by the basketball legend himself.

To put that into context, the second most expensive bat that has been ever sold was one used by Shoeless” Joe Jackson and has been bought for a modest sum of  around $577,000.

The last position in the top five of the most expensive sports memorabilia in the world is taken by the  exceptional and almost unprecedented Honus Wagner baseball card. At an online auction, an unidentified buyer paid for an uncommon card of Honus Wagner, one of the first five members introduced to the iconic Baseball Hall of Fame, astonishing $1.2 million. What is interesting is the fact that the rare Honus Wagner baseball card has very engrossing  origins as it was included in cigarette packs produced by American Tobacco Co. back in 1909.

According to estimates, only 60 of the Wagner cards  can be still found all over the world, yet many  do not present the best state of preservation.

All above sports items have proved that sports memorabilia might achieve staggering sums of money. But there is one question: why do people buy sports memorabilia? Why some are so much keen on spending enormous sums on them? Is it because they simply want to invest and they believe that they will benefit from the future sale of their collectibles? Or is it because they are so much in love with sports and they are just jolly big fans of some sportsmen? Or maybe they are just simply driven by the unfulfilled dreams of becoming professional sportspeople? Whatever it is, some people are, without question, able to spend big buck on sports collectibles, even on the most expensive sports memorabilia in the world.

Anna Domanska
Anna Domanska is an Industry Leaders Magazine author possessing wide-range of knowledge for Business News. She is an avid reader and writer of Business and CEO Magazines and a rigorous follower of Business Leaders.
« Sings of Good Times to Come – Bank lending seen creeping up in UK
Black clouds over China as its factory PMI slows down in April »
Leave a Comment
Close