5 Most Expensive Paintings in the World – Scream if you want

Art and Artists: The One Color Explosion that Sold for a Fortune 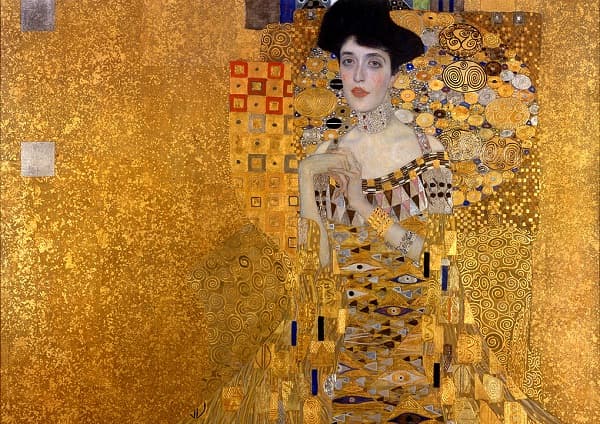 “Never buy four C-plus paintings when you can buy one A.”
Walter Annenberg

There is always demand for art whether the economy is in better or worse shape. The fact is that the world’s richest people just love getting their hands on the most sought-after pieces of art, including paintings. And if you think that it is a new trend, you are seriously mistaken. Back in ancient times, wealthy and noble did spend their money on art. Not surprisingly, that has not changed throughout centuries. In a couple of last years, world’s biggest billionaires have spent staggering sums, which can make a commoner dizzy, on paintings.  Russian billionaire Roman Abramovich, Steven Cohen, Leon Black or Carlos Slim are among those super-rich who just love spending their money also on the heavenly masterpieces. In fact, the art business is in very good shape because of their desire to spend exorbitant sums on pieces of art, keeping the whole market running.

The best paintings and other forms of art are not something which can be bought by a common person. When we are talking about the top paintings, top art in general, the prices may really achieve vertiginous levels. Therefore only people with deep pockets are able to simply buy them. Indeed, some of the world’s richest are art collectors and some just want to spend their money on the pieces of art as they believe it is good investment. Nonetheless, the question remains: “Why can some painting achieve these unimaginable sale prices, while others are not so much valued?” Maybe these astonishing prices are just driven by the fashion or the purchaser’s taste? James Whistles once noted: “An artist is not paid for his labor but for his vision.” And there is a grain of truth to that statement, but the fact is that a price is going up usually because of the name of an artist. Paintings by artists, who shaped the world and history of art, usually achieve these unbelievably high prices which cannot be apprehended by your average Mr Joe Public.

When it comes to the world’s most expensive paintings, we should consider only these pieces which are owned by private collectors. What is interesting is the fact that the most famous paintings of art, which were created before 1800, usually are owned by museums. Therefore we will not take them into consideration in the article. However, it is worth underlining that Mona Lisa is believed to be the most valuable as it was insured for outstanding $100 million back in 1962. According to the estimates, one of the most known paintings is these days worth at least staggering $670 million!

Below, you will find the 5 most expensive paintings in the world bought by private collectors. If you do not want to look at these pieces of art as some kind investment, just remind yourself a statement of Twyla Tharp who once said: “Art is the only way to run away without leaving home.” Enjoy the list, maybe you will wax poetic and take bait for another piece of art…

It is worth underlining that times, when the painting was created by the French artist, were dominated by post-impressionist trend which is highly appreciated even today. Analysts note that $250 million was paid as “The Card Players” painting mirrors  all the best in the movement, including breathtaking details and ravishing colors.

It may come as a shocking surprise that the title of the world’s second most expensive painting goes to “Number 5, 1948” by Jack Pollock, a famous exponent of the abstract expressionism. The painting by the influential American artist was sold by David Geffen in private sale back in 2006. Till now, the name of the buyer is not known, but it has been widely speculated that David Martinez, Mexican businessman, decided to buy this outstanding piece representing the abstract expressionism.

The 1953 “Woman III”  by Willem de Kooning also can glory in the title of one of the most expensive paintings in the world. In 2006, David Geffen sold the dazzling canvas to American billionaire Steven Cohen, the founder of SAC Capital Advisors. Interestingly, “Woman III” is the only painting from the distinguished series owned by a private person. Sandy Heller, world-known art advisor, underlined: “(Woman III – edit.) is the most important post war painting not in a museum.”

Steve Cohen has been said to have paid as much as $137.5 million for the piece representing abstract expressionist style, rising hopes that the contemporary art works will be more and more appreciated in the market.

In the top 5 of the world’s most expensive paintings, “Adele Bloch-Bauer I” by Gustav Klimt also has its place. The purchase of the masterpiece was made by Ronald Lauder in private sale also in 2006. The acquisition of “Adele Bloch-Bauer I”, one of the most expensive paintings in the world, is clear evidence that the multi-million purchases of art are usually made far away from auction houses as buyers respects the snug places which give the comfort of reflection and lack of hastiness.

The painting is also exceptional in the collection created by Gustav Klimt as the model, Adele Bloch-Bauer, was the only person painted twice by the Austrian symbolist painter. Without a doubt, “Adele Bloch-Bauer I” is the painting representing the wraith of the Vienna Secession movement. When one admires it, the sentence by Wassily Kandinsky seems to be imperative – “Every work of art is the child of its time, often it is the mother of our emotions.”

The ranking of the top 5 of the most expensive paintings in the world is closed by the unforgettable piece by Edvard Munch – “The Scream.” In contrast to the first four paintings on the list, this stunning canvas was sold for astounding $119.9 million at auction held in New York back in May 2012- so not so long time ago. And the purchase price for “The Scream” can make one dizzy, no doubt about that. The anonymous buyer of the painting by Edvard Munch holds the only piece of the Norwegian painter which is still in possession of a private person.

Rumors have been circulating, however, that the person behind the most expensive purchase of a painting at auction was Leon Black, an American billionaire known for his genuine love for art. According to estimates, his art collection, which can flummox even a museum, is worth astonishing $750 million! Whether or not, anyone who purchased this masterpiece by Edvard Munch is a lucky beggar!

Some people criticize the world’s richest for buying all these outstanding paintings as they believe that the pieces of art will not be shared with a wide public. Indeed, some billionaires buy paintings, sculptures, etc. just to enlarge their private collections and admire them in the sanctity of their houses. But some do really take pleasure in sharing the beauty of art. Thomas Merton once said: “Art enables us to find ourselves and lose ourselves at the same time.” And something has to be in the statement because art really makes it possible to know the human nature better.

Whatever it is, love, desire, willingness of possession, the fact is that some people are willing to pay hefty sums for getting paintings. And the world’s most expensive paintings are undeniable proof of that.

Therefore many are leaning toward a statement that art is luxury. You can take pride in what you have on your walls. But remember that art may not only symbolize your opulence as it may also become an inevitable part of your life. Hedy Lamarr once underlined: “A good painting to me has always been like a friend. It keeps me company, comforts and inspires.” So just do not look at paintings as investment, regard them as the mirror of the human genius.