Top Leadership Qualities That All Great Leaders Have

Leaders have some distinguishing qualities that set them apart from others. They have the ability to influence people and carry them along on their journey. Such people lead from the front and have the courage of conviction. They are far-sighted and able to see the whole picture and take in each point of view and come up with their solution. They are innovators of thoughts and ideas and great orators.

Great leaders have unquestionable integrity and passionate belief in their abilities.

History has thrown up some great leaders of men. Some of them were great generals, politicians, philanthropists, saints, and statesmen. What unites them is that they were the harbingers of change in their times.

It isn’t very easy to curate a list of 5 greatest leaders in history, but we have tried. 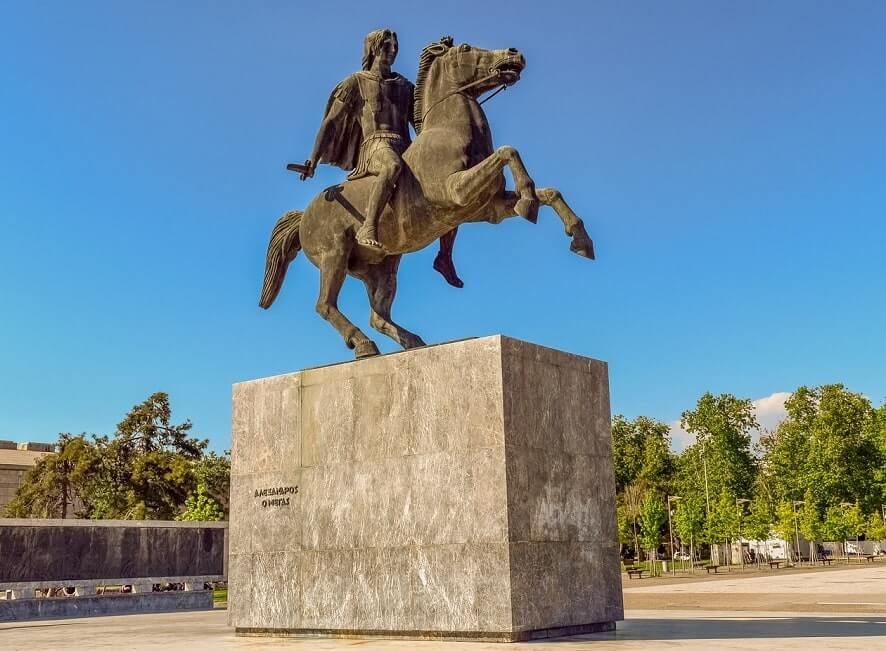 Alexander the Great belonged to Macedonia, an ancient Greek kingdom and was a scion of the Argadean dynasty. His date of birth is placed on 20/21 July 356 BC, and he died on 10/11 June 323 BC. Alexander succeeded his father to the throne at 20 years of age. He dreamed of conquering the world and uniting it under his rule. He led many successful military campaigns.

At 16, he led an army against the band of Thebes, a select unbeatable army of brave lovers.

He started his world campaign after appointing a regent in Macedonia and went on to conquer Persia and defeated Darius 111. He was a brilliant soldier, strategist and diplomat. He conquered Egypt and established Alexandria. From there he marched ahead, fighting many long and arduous campaigns and reached India in 327 B.C. He defeated the ruler of Punjab, Porus. But a battle weary army now refused to move ahead. Alexander appointed generals as his representatives in the conquered territories and started the long march back home.

The epitaph “The Great” is testimony to how the writers of history viewed his contribution. 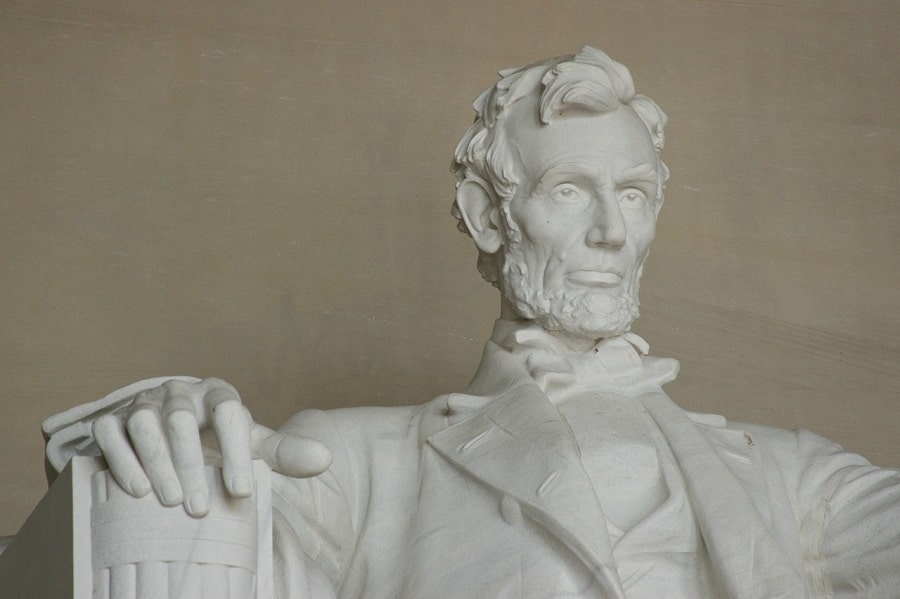 Abraham Lincoln (February 12, 1809 – April 15, 1865) was appointed the 16th President of the United States in 1861. He was a lawyer and a great statesman. Under his rule, the Civil War took place where the American South fought against the liberal North over the slavery issue. Eleven southern stated seceded from the Union to form the Confederate States. The Confederate was defeated and slavery abolished by the 13th Amendment and the Emancipation Proclamation under him.

He is also the only President of the US to have a patent to his name. He designed a system to lift riverboats off sandbars.

Abraham Lincoln’s greatest strength was his statesmanship, his belief in a united America and determination to see the war through. 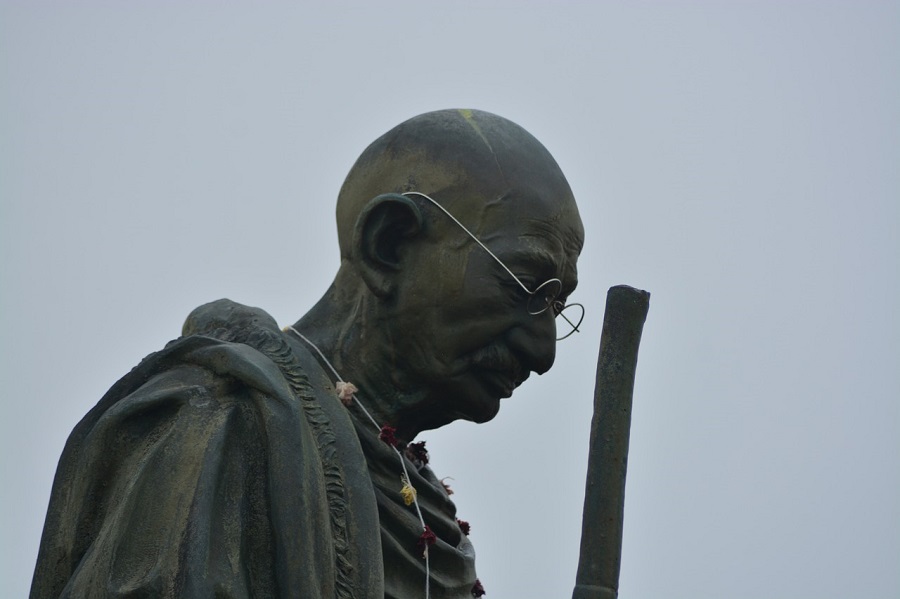 Mahatma Gandhi was a great leader and believer in non-violence. He led India to freedom from Britain. His civil disobedience and non-corporation movement against the British in India forced them to grant India independence in 1947. He inspired many people across the world to seek civil rights and freedom from oppression through his method of civil disobedience and non-violence.

He has written several books and articles. My Experiments with Truth, Hind Swaraj and India My Dreams are some of his works.

His belief in non-violence, simple living and self-rule and village economy has given birth to the Gandhian philosophy practiced by many. 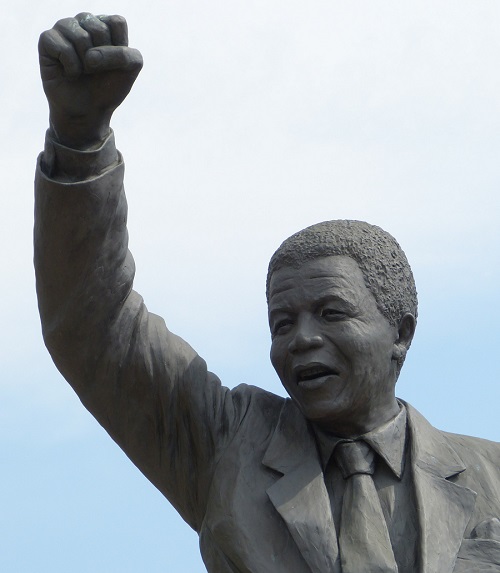 Nelson Mandela was a charismatic leader of South Africa and its first black President. His anti-apartheid work against white rulers in South Africa led to a long imprisonment of 27 years.

He was born in 1918. He became involved in the anti-apartheid movement and joined the African National Congress in his early 20s. He led a peaceful, non-violent campaign against the government for which he was imprisoned in 1962.

He directed a campaign of peaceful, non-violent defiance against the South African government and its racist policies. He was released from prison in 1990, and he continued his campaign against white supremacist rule. After much negotiations and world pressure, elections were held in South Africa, and Mandela became President in 1993 of a free South Africa.

He was awarded the Noble Peace Prize in 1993. 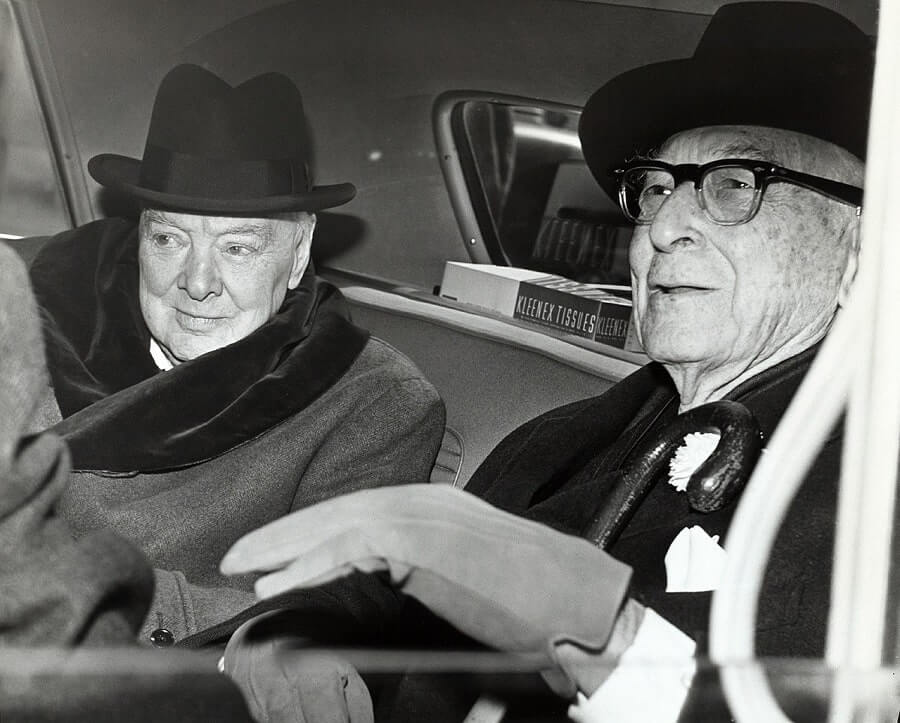 He was a British politician, statesman and prime minister of Great Britain from 1940 to 1945. He led Britain to victory in the Second World War.

His initial foray into politics was not very successful, and he was viewed as being erratic in his decisions. But he rose to the challenge in 1940 against Adolf Hitler’s forces and led the Alliance coalition along with Joseph Stalin and Franklin D Roosevelt.

He was a great orator and communicator. He won the Nobel Prize for Literature in 1953. He was elected prime minister for a second term in 1951. He knew the importance of effective communication, and it were his regular addresses to the nation that inspired the people of England to rise above the challenges of war. He was the first one to realize the threat of Nazi Germany and worked relentlessly to defeat Hitler’s forces. But for his leadership, the history of the world would have been facing a different direction.

Anna Domanska
Anna Domanska is an Industry Leaders Magazine author possessing wide-range of knowledge for Business News. She is an avid reader and writer of Business and CEO Magazines and a rigorous follower of Business Leaders.
« Wyze Labs data breach may have exposed data of 2.5million users
Safari escapes in Iceland…and more holiday ideas »
Leave a Comment
Close

Europe’s data protection laws under the General Data Protection Regulation need to be revised to meet the post-pandemic world’s ...
4 days ago