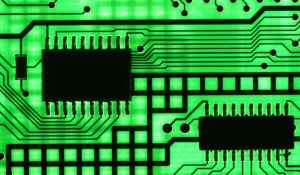 As part of a major global expansion plan, Intel Corp has announced plans of building a $5 billion, cutting-edge microchip factory in Arizona by 2013, sharply ramping up its U.S. manufacturing capacity.

Designated Fab 42, this new chip manufacturing facility at Chandler, Arizona will be built as a 300mm factory.

The cash-strapped western U.S. state, which is offering more incentives to lure businesses, is expected to be able to generate thousands of jobs as a result of this state-of-the-art plant, which will crank out microchips with next-generation 14 nanometer line-widths.

Plans to build the new Arizona plant were unveiled by Intel president and CEO Paul Otellini during a visit by President Barack Obama at an Intel facility in Hillsboro, Oregon. With more than 15,000 workers in Oregon, Intel is the state’s largest private employer.

Obama met with Apple Inc CEO Steve Jobs and other technology industry leaders in northern California on Thursday as part of a campaign to promote technological innovation as a means of boosting the struggling economy and reducing the 9 percent U.S. unemployment rate.

In full support of Intel’s new plans, Obama said “For decades, Intel has led the world in developing new technologies. But even as global competition has intensified, this company has invested, built and hired in America,”

“Three-quarters of Intel’s products are made by American workers. And as the company expands operations in Oregon and builds a new plant in Arizona, it plans to hire another 4,000 people this year.” he added.

Intel said in a statement that construction of Fab 42 is scheduled to kick off in the middle of this year, and the plant expected to be completed in 2013, according to Intel. The new facility will ultimately create thousands of construction and permanent manufacturing jobs at Intel’s Arizona site, the company added

When completed, the plant will churn out next-generation 14-nanometer line-width transistors and microchip wafers of 300 millimeters.

“This fab will begin operations on a process that will allow us to create transistors with a minimum feature size of 14 nanometers,” said Brian Krzanich, senior VP and GM for Intel’s manufacturing and supply chain operations. “The products based on these leading-edge chips will give consumers unprecedented levels of performance and power efficiency across a range of computing devices from high-end servers to ultra-sleek portable devices.”

Intel said in October it plans to spend $6 billion to $8 billion on high-tech manufacturing facilities in Arizona and Oregon, creating as many as 8,000 construction jobs.

In January, the world’s largest chip maker unveiled its next-generation microchip, code-named Sandy Bridge, which it said will yield about a third of its corporate revenue in 2011.

About three-quarters of Intel’s manufacturing takes place in the United States. But it is expanding capacity around the world, including in Israel and China.