4th of July may bring some cheer to local businesses

The Fourth of July will be different this year because of the Pandemic, but not everyone is ready to miss out on the yearly summer holiday of fun and frolic.

According to the National Retail Federation’s Annual 2020 Independence Day Spending Survey, conducted by Prosper Insights & Analytics, the number of people who plan to celebrate Independence Day is definitely down by nearly 11 percent compared to 2019. However, still, 76 percent are planning to celebrate.

The week of 4th of July is generally huge for the food and beverage industry and local stores. The 4th of July was the 4th biggest average revenue day of the entire year in 2019 (trailing only Christmas Eve, New Year’s Eve, and the Saturday before Thanksgiving), according to a survey by Womply.

For local businesses, this is the time when they see higher footfalls and ticket prices. Along with local grocers and supermarkets, it is the butcher shops that see maximum traffic during this time as most have a cookout on this day. The sales a day before the 4th, i.e. the 3rd has the maximum people buying the choicest meat. Sales averaged more than $1800 for the local shops in 2019. 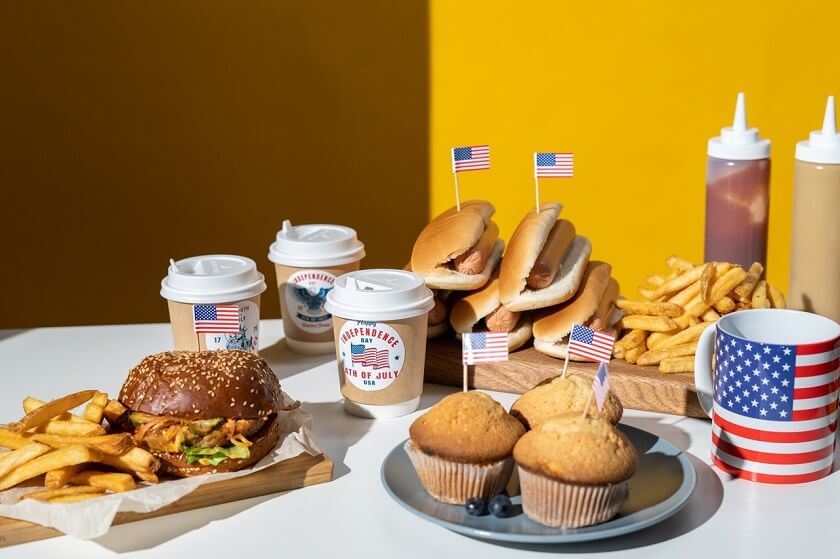 The 4th of July was the 4th biggest average revenue day of the entire year in 2019 (trailing only Christmas Eve, New Year’s Eve, and the Saturday before Thanksgiving), according to a survey by Womply.

Local bars and restaurants also tend to do a roaring business in the Independence Day week. People tend to eat out and have a bigger ticket size during this day. Again, the 3rd of July sees more people planning a big outing than the big day itself, according to Womply’s research of consumer behavior around local high streets.

Due to COVID-19, the 4th of July spending is expected to go down for Sumter County in Florida, said Frank Calascione, the county’s economic development director to a local website, “But we hope that spending will show strongly when the data comes in for the Independence Day holiday and summer as a whole,” Calascione said.

Expecting some traffic, local businesses are offering deals and incentives at local grocery stores and such. People generally celebrate with grills, decorations buntings, cookouts and fireworks.

This year, about 24% of consumers plan to celebrate in this way, down from last year’s 40%, according to the NRF. Local buying of fireworks has gone up as many firework shows have been canceled, so maybe people want to mark the day by celebrating individually and lighting up.

TNT Fireworks, a national brand of fireworks and a distributor with multiple temporary locations set up in Summerfield, Wildwood and Leesburg, has seen an uptick in sales nationally, according to a local website.

“Sales also are higher when the Fourth of July holiday falls on a Saturday, as is the case this year,” said Sherri Simmons, a spokesperson for TNT. “Customers are making their purchases earlier in many cases to avoid long lines closer to the holiday.”

Store owners said that flags and buntings also see an increase in sales every year and this year is no different. Local parades and gatherings are not happening this time, but people are anxious to mark the day in their own small way.

The week of the 4th of July is huge for local small businesses. This year likely things will definitely be little muted due to the COVID-19 Pandemic. Many states have shut down restaurants and bars due to the spike in cases and restrictions on social gatherings.

But for local businesses, the weekend will bring in some glad tidings as people are bound to spend more compared to the past three months of the Pandemic.