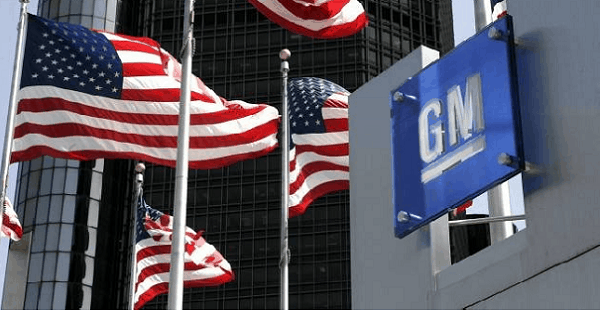 General Motors Co., the leading automobile manufacturer in the United States, stated on the 21st of September that the company has come up with the decision to recall around 474,000 Chevrolet, Saturn and Pontiac sedans all across the world in order to sort out a situation that could very well lead the vehicles to roll even when the drivers believe that they are in park mode.

The company claimed that it was well aware of the four crashes that had occurred from the resulting problem and added that there was no kind of injuries. General Motors Co. said that the GM vehicle recall would be affecting the Pontiac G6, Chevy Malibu and Saturn Aura vehicles from model years 2007 till 2010. All of the cars were equipped with automatic transmissions with four-speed functions. The company assured that it would fix the situation in which the position of the transmission gear may not be in sync with the gear present on the shifter. General Motors Co. has reason to believe that part of the cables for transmission may break which can lead to the shifter indicating that the car is in park when, in reality, it is in gear.

The GM vehicle recall has reportedly been said to affect 426,240 models in the United States, 40,029 vehicles in Canada and 7,572 cars in other markets, including the Mexico region. The government began inquiry into the cars produced by the company only last year after receiving a lot of reports about seven crashes and even one injury.

General Motors Co. maintained that GM dealers are going to add some sort of reinforcement to the end fitting of the shift cable to avoid fracture of that part. They will either put a retainer at the end portion of the cables or replace them altogether.

Owners of the vehicles are going to be notified via letter regarding the date when they can set up appointments to bring in their vehicles to the GM dealers and get the necessary repairs done on their automobile for free. The company also assured that customers who have already had some kind of work done from GM dealers, including repairs, would be eligible for compensation for their troubles.

Early Problems Faced by the Company

The company revealed that it was also planning on recalling around 6,475 of its popular Chevy Sonic subcompact automobiles from around the world since they might not be capable of alerting the driver about a faulty bulb meant for the turn-signal feature. GM dealers are going to reprogram a module which has been calibrated in an incorrect manner for the automobiles produced between the 29th of May and the 29th of August at the General Motors’ production plant located in Orion in Michigan.

The GM vehicle recall decision for this problem will result in 4,716 US vehicles and 1,759 vehicles from other markers being taken off the road to conduct repairs. General Motors Co. stated that it was not aware of any kind of injuries or crashes that had stemmed from the problem. People who own a Sonic will be notified about the GM vehicle recall with the help of a letter, starting from the 3rd of October.