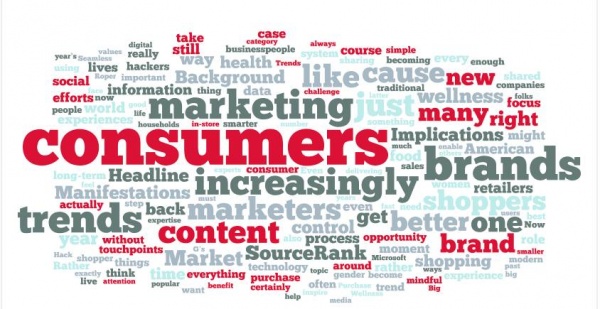 Industry leaders can say what they want about environmentalism and going green, but they also should care about their customers say about those things, because green initiatives are going to be a big trend in 2012. Industry leaders like Dell, Nike, and Garnier are already banking on this trend by taking back old product and recycling them appropriately. Another way industry leaders can go green is through a new idea called “recommerce.” This is where companies give consumers the opportunity to resell or to trade in their past purchases. It’s a lot better than having those products end up in landfills.

This is not the same as brand awareness, but this is a consumer trends that involves revealing the human side of the brand or company. If corporations are people, according to the U.S Supreme Court, then corporations ought to act like it. Turns out in 2012, consumers prefer that brands and industry leaders showcase their human side, expose their flaws, and embrace those things as positives instead of negatives. Sounds daunting, but it’s the way that consumer perception is going.

This one should be obvious for industry leaders, since technology has been trending for sometime. So, what about technology will be big in 2012? Think mobile, whether it’s mobile marketing, mobile payments, mobile devices, even mobile sharing. If you’re company doesn’t adapt to the growing consumer trend of mobile, you’re going to be left behind. Consumers are on their smartphones and tablets, and it’s projected that 57 percent of professionals will be using a smartphone or a tablet as their primary computing device. Are you going to be there with them?

The new consumer!?! Don’t all consumers just fit into demographics and marketing and what not? Well, yes, but today’s 20-somethings are not the 20-somethings of 30 years ago. And the world is not what it was 30 years ago. If you’re trying to cater to the 20-somethings from the 80s, then you’re simply doing it wrong. First, the 20-somethings of 2012 will like brands that push boundaries and experiment with ideas. Same old, same old won’t work for them. Second, consider the “citysumer”, as it’s called. The majority of consumers today live in cities, and tend to be lower-income. What was considered a market to run from 30 years ago is the gold mine of 2012.

A new year is coming, and industry leaders and companies can make New Year’s resolutions too. One of them ought to be nabbing the 2012 consumer, and catering to what they want and need in the 21st century. Simply setting some new sales goals may not be enough, as it might take new corporate strategies to bank on these 2012 consumer trends.