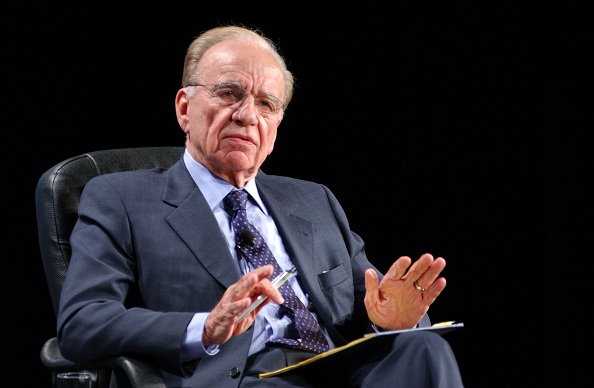 Media mogul Rupert Murdoch has been on Twitter for the past week, tweeting commentary on politics, family and work. In just 48 hours, Murdoch amassed over 45,000 followers, and currently has over 120,00o followers. Industry Leaders like Murdoch, with influence in business magazines such as ours, ought to be on Twitter too (if not already). Here are a few things industry leaders can learn about social media from moguls like Murdoch:

Murdoch tweets several times a day, and amongst the politics, family, and work tweets, are 140-character comments on his misspellings, questions to his followers, and a thank you about a fundraiser. Take away? He’s not just tweeting about News Corp. or what his publications are doing and printing, or even why everyone should subscribe to the New York Post. He’s actually being a bit transparent, and that’s something that consumers want out of their industry leaders. If Murdoch, coming out of the News of the World scandal in 2011, can be a little open on Twitter, then so can other industry leaders. Being transparent also means more than tweeting from the company account from time to time, but utilizing a personal account to be personal and transparent. Industry leaders are influential, both with their companies and individually. Embrace this great power and great responsibility.

Lesson #2 – Ask Questions in Your Tweets

Murdoch does this well, but those questions can go much further if they are paired with articles or blog posts. This is something that applies to more than business news sites such as ourselves, but to any industry leader or company that’s sharing content on the microblogging service. Questions offer readers and followers a reason to click your link, retweet your tweet, or reply to what you’ve said. Questions incite interest, get them thinking, and showcase a possible problem that your readers and followers may want solved.

With all the media assets Murdoch and News Corp. have, it would be very easy for him to tweet and to retweet articles done by his own publications. However, he doesn’t actually does share content done by others (as well as himself, don’t get me wrong). Murdoch shared the article from the New York Times about the study on good teachers, and has directly tweeted Larry Page of Google. Murdoch is actually conversing with others on Twitter and sharing what’s worthwhile, not making the platform all about himself and adding to the noise. Industry leaders ought to keep in mind that it’s okay to share things by other companies, even your competitors, if it’s something that you think you’re target audience might want to know about. Industrial magazines take heart! Murdoch doesn’t have be your enemy (you shouldn’t want this either).

Maybe Murdoch knows what he’s doing, even on social media. After all, he’s built a media empire like no other. For an octogenarian who’s only been on Twitter for such a short time, there’s still a few things industry leaders can learn from him.