Despite how long the Lamborghini Huracán has been on the market, since 2014; approaching the midpoint of its lifecycle, the excitement of owning one still remains fresh. And every driver would accept how difficult it is to find a faster car on a racetrack. Well, the carmaker is saying we deserve an improved design soon.

Several pictures of the 2020 Lamborghini Huracan Spyder prototype has been revealed by a member of the Lamborghini Talk forum, first reported by Motor Authority. The Huracán Spyder prototype depicts a face-lifted Huracan model featuring new front and rear bumpers, revised air vents with other exclusive updates. It’s quite difficult to spot a lot from the pictures which look a little shady but the car has a bigger rear spoiler and a new diffuser.

The entire front design didn’t appear in the image, just a fraction of one headlamp, so it’s difficult to notice how much the front design has changed. But the picture confirms it’s getting a new bumper at the front and slightly different air intake. 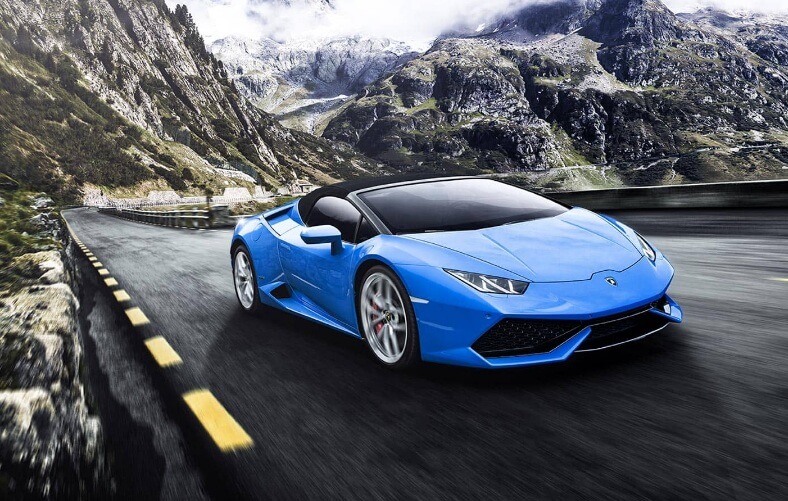 Though the images showing the interior of the car were dark, it revealed what could be the most interesting new feature of the 2020 Lamborghini Huracan Spyder. A large portrait-oriented touchscreen infotainment system is sitting beneath the familiar toggle switches at the middle of the stack. We think the display is the same 10.1-inch user-friendly touchscreen unit Centenario debuted in 2016. With that introduced, we can look forward to having more telemetry data and connectivity options.

While we are patiently waiting for other updates to the Huracan, it is right to think that the 5.2-liter V-10 engine under the hood of the current model will surface again. We can expect an improvement to the output: 601 horsepower (449kW) and 413 pound-feet (560Nm) of torque. But the engine may likely be paired with a 7-speed dual clutch gearbox that enables the engine to achieve 62mph from 0 in just 3.2 seconds and a top speed of 201mph (325 km/h).

The 2020 Lamborghini Huracan Spyder is also expected to pride new emission standards and fuel economy by adopting some form of electrification.

We are expecting the new Huracánto debut next year.

Krispy Kreme, the popular donut chain, aims raise roughly $4 billion as it makes one of the biggest IPO debuts at the NYSE.
15 hours ago