2019 Jeep Cherokee goes under the knife for a successful facelift

Oh No! US Consumers are Severely Disappointed with Carmakers

The owned subsidiary of Fiat Chrysler Automobiles (FCA) gave a sneak peek into its newly updated Jeep Cherokee SUV, on Tuesday. The automobile’s less polarizing and shark-like face seems like it has gone under the knife and operated upon to look unlike the rest of the jeep family. FCA stated that the new 2019 Jeep Cherokee features top-class design and styling, novel features and the fuel-efficient powertrain options. It is said that after 6 model years of the controversially redesign Cherokee; the Jeep will be getting a successful exterior makeover.

Watch out for the 2019 Jeep Cherokee

The most obvious update in the car hits us right in the eyes. It’s the front fascia of the new Cherokee. It now has a stronger resemblance to the other Jeep models like the Grand Cherokee and the Compass. From the teaser images that were put up, it seems like the split headlights of the Cherokee have been merged into single units on both sides of the grille. This made it seem like a more conventional nose than ever. Unlike the previous version, the new Cherokee looks a little softer with no bold cuts and a little rounder. Even then it still manages to give it a little sharp look so that people can identify it as a Jeep Cherokee at least. 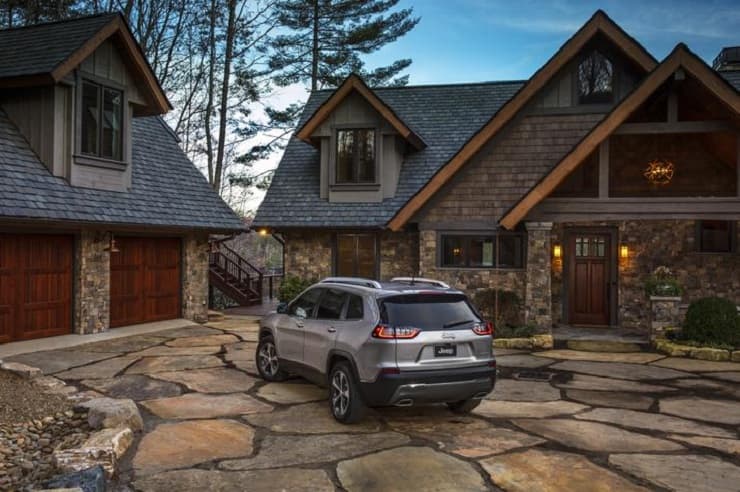 The new Cherokee looks a little softer with not much of the bold cuts and is a little rounder.

The new car features a set of alloy wheels with a black underbody and large roof tails. The rear of the car has a new tailgate with a roof-mounted spoiler and integrated brake lights. The automobile’s taillamp design is fresh and the cluster patterns are similar to the taillights of a slightly recent model, Compass. The SUV also incorporates electrically operable ORVMs, side cladding, and a few bolder character lines.

The new rare bumper with a silver diffuser as well as a dual chrome-tipped exhaust gives it a bold look. The cabin of the car takes its inspiration and color pattern from the Compass. Although, the dashboard design is a little different with bigger aircon vents and better-equipped center console as well as the steering wheels. The seats seem to be little larger and comfortable. 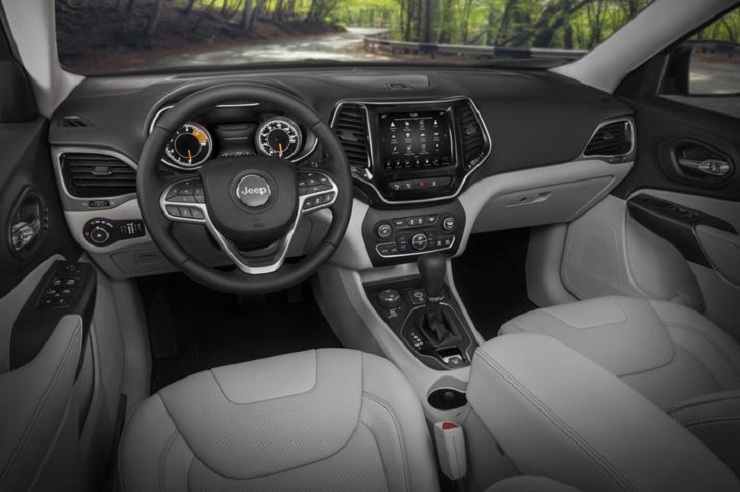 The cabin of the car takes its inspiration and color pattern from the Compass.

Reports from USA Today state that the Jeep was originally patented 75 years ago on the 7th of April, 1941. American Jeep joined hands with American Bantam to create the design of Jeep and patenting it. Later on, the U.S. Military decided that the Willy-Overland’s engine had to be put into the Jeep so that Bantam could retain their military contract. Ever since Jeep has been a part of the classic American off-road vehicle collection.

FCA thought of following the strategy of giving teaser images of new Jeep Cherokee, before their actual launch. A lot many companies have started doing this in order to grab the attention of their fans. Seems like it was the right move because now, the Jeep fans cannot stop thinking about the new beauty.

Microsoft Corp. is joining hands with Cruise, the self-driving subsidiary of General Motors., to help accelerate the commercialization of dr...
7 hours ago

Since last December, the Apple car project called Titan has been generating much interest with speculations surrounding design manufacturing...
1 day ago