2019 Ford Focus way ahead than its other generations

If you want to make yourself feel special while driving on the road, an SUV won’t serve the purpose even if it is the latest model. A sedan is a symbolization of class, elegance, and style. To set a particular image of oneself, you need to travel in style. This is where no other fancy car can take over the sedan. Except for this, the functionality of a car is proven for everyday use within the city. With this use in mind, a hatchback is what you need to glide through traffic and park conveniently. Taking into consideration such uses of a car, an American automaker is working on its latest model. Testing for the third generation of the Ford Focus is already under way somewhere in the lands of Europe.

This 2019 Focus model is mainly intended to be sold in the country of the U.S. Even though the automaker didn’t make any official announcement about the same, speculations are already on the internet. These rumors were sparked due to leaked images of the car undergoing various types of testing. The car was under camouflage yet its identity could be recognized. Once the pictures were out, auto critics have started making their guesses. 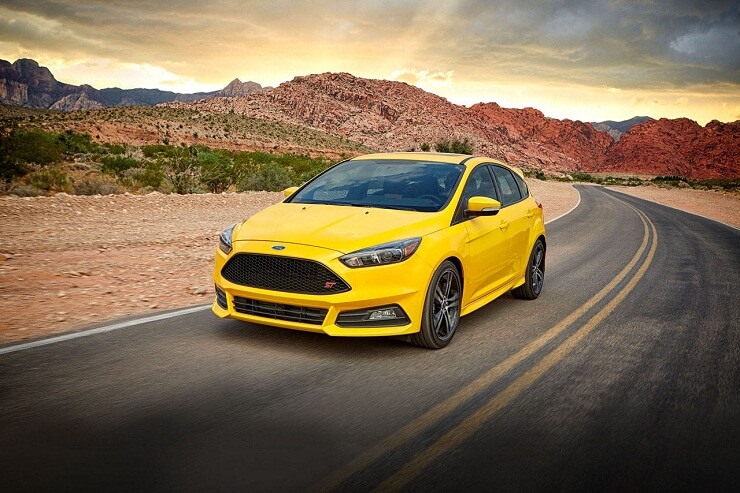 This 2019 Focus model is mainly intended to be sold in the country of the U.S.

The main highlight which is worth looking forward to in this generation of the Ford Focus is its redesign. A prototype for the same was recently spotted. The wagon version of this model is highly unlikely to be sold in the U.S. Instead, only the sedan and hatchback version will be sold here. This means that whether you want convenience or style, you have both the options to choose from. Earlier these cars were produced locally, but now they will be brought in from China. The most striking difference between the current model and the 2019 Focus is that the new one is slightly wider and longer than the earlier one.

The new Ford Focus will come with a smaller grille and a general slope in the front, similar to that of Ford Fiesta. One can also notice that the door is a little bigger than usual, with rounded windows. The automaker has high hopes with the sales of this model. This is because the sedans by Ford usually work out fine. You can expect to witness the launch of this model at any auto show in the early quarter of next year. The price and exact specs will be declared at that time.