A Preview of the 2019 Aston Martin DBS

We all know, Aston Martin is in the midst of a restructuring process, and according to chief executive Dr. Andy Palmer, “that restricting means that cash is in the bank.” This also means that the company is investing in visually distinctive and technology impressive products – one of which is the all-new 2019 Aston Martin Vantage!

The 2019 Aston Martin hasn’t seen a major design overhaul since the current generation was unveiled in 2005. Aston Martin says it’s inspired by the Aston Martin Vulcan, a V12 high-performance lightweight track-only limited edition car launched in 2015. That’s not it, the car is reminiscent of the grand tourer coupe DB11, which was launched last year at the Geneva Motor Show.

At the front is a new fascia and ultra-slim LED headlamps. The grille has been enlarged from previous Aston Martin cars, although, the core shape is intact with now covering the entire lower front of the coupe. At the back are also ultra-slim LED lamps with an integrated spoiler. The 2019 Aston Martin Vulcan is 284 shorter than a DB11. 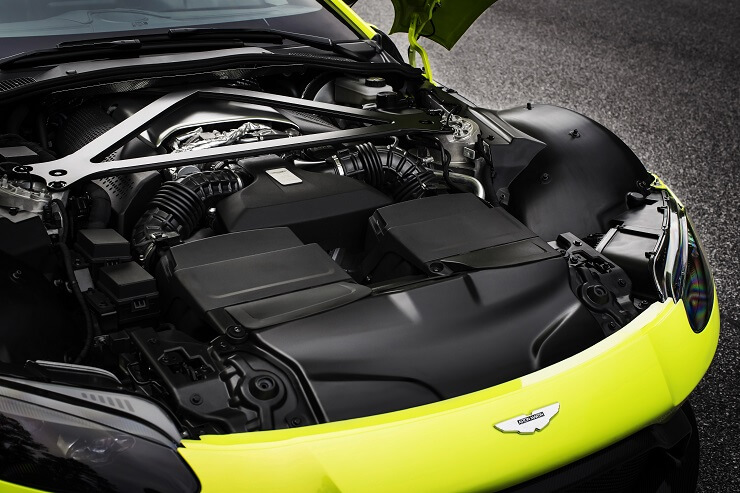 The car is designed to look lean and agile. According to Aston Martin creative director Marek Reichman, Aston Martins are designed to look like lean runners, rather than athletes with a muscular body. The body of the Vantage is driven by aerodynamic needs. There is a front splitter at the front which directs the airflow underneath the car. It works as a system of fences for cooling whenever needed so the rear diffuser has clean airflow. The styling of the rear diffuser is such that is creates an area of low pressure air, while at the same time prevent turbulence generated from rear wheels due to disruptions.

The 2019 Aston Martin is available for booking now, with prices starting from $150,000. Deliveries are scheduled to begin next year.

Anna Domanska
Anna Domanska is an Industry Leaders Magazine author possessing wide-range of knowledge for Business News. She is an avid reader and writer of Business and CEO Magazines and a rigorous follower of Business Leaders.
« NYC adamant on bringing down greenhouse gas emissions
A Year-Old Uber Data Breach Finally Exposed »
Leave a Comment
Close

Moderna Inc., the Boston-based biotech startup, reported its fourth quarter and 2020 fiscal year results, where it announced that it hoped t...
13 hours ago