The 2018 Chevrolet Corvette 65 Is A Limited Edition Anniversary Present

To celebrate the 65th anniversary of the Chevrolet Corvette, General Motors has planned to roll out the premium carbon 65 edition for the C7 Corvette Z06 and Grand Sport. The exclusive release bearing lots of carbon fiber will limit the vehicle’s offering to just 650 cars, in order to commemorate the occasion. 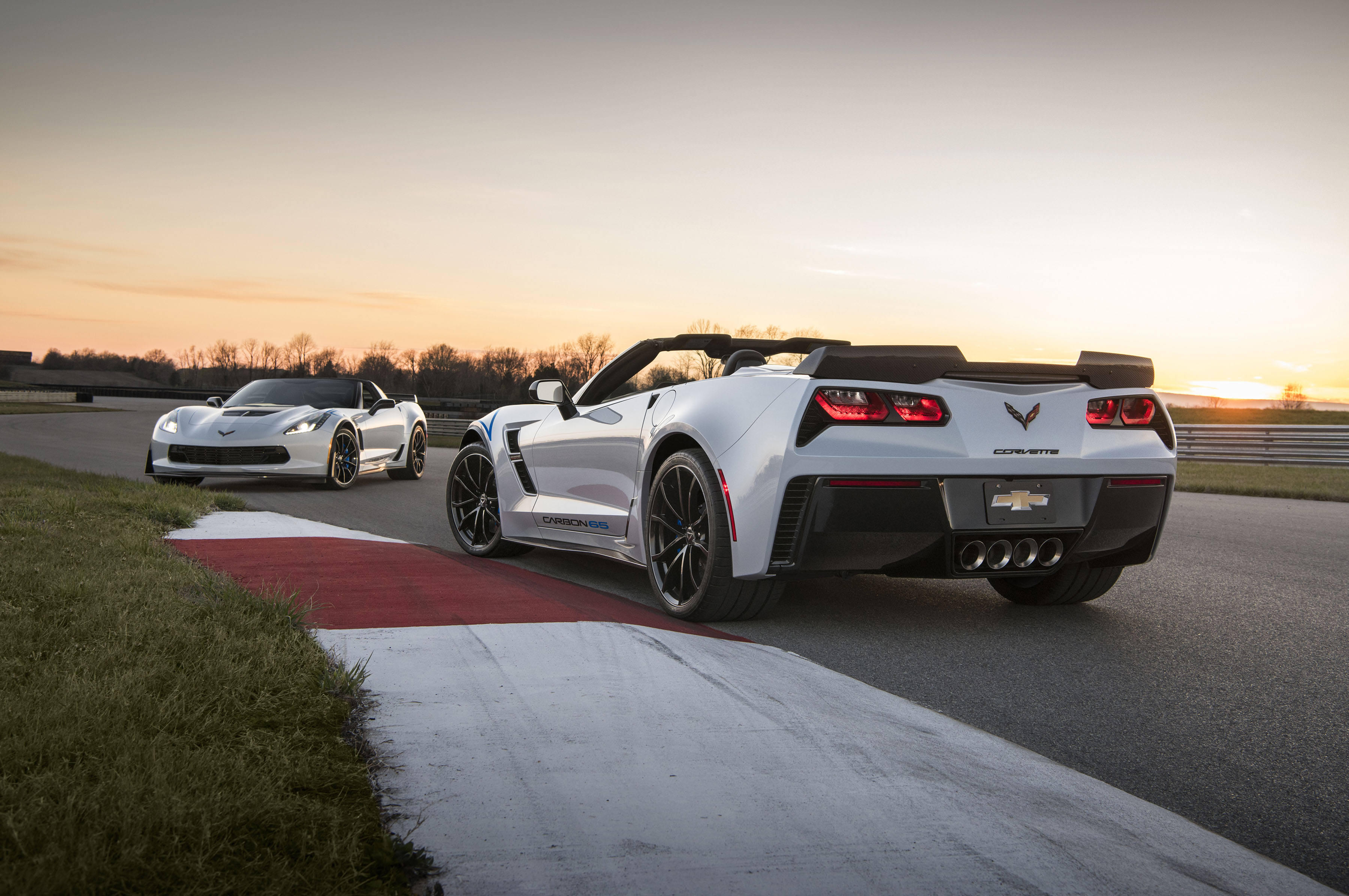 The 2018 rendition of the Chevrolet Corvette with a heavy dose of carbon fiber comes in special edition package for the 2018 Grand Sport 3LT and Z06 3LZ models. The brand new carbon edition comes with a ceramic gray matrix paint exterior with a blue top on the convertibles. The models blend many notable carbon fiber elements like visible ground effects, a carbon fiber hood section, a carbon fiber roof on the coupes, the carbon fiber spoiler, carbon fiber quarter panel ducts on coupes and carbon flash badges and mirrors outside.

According to Paul Edwards, the US Vice President of Chevrolet Marketing, the new carbon fiber edition honors the legacy of the Corvette models by offering the customers a unique, special edition model that personalizes the ownership experience.

Chevrolet always loves to roll out special edition packages and the remarkable carbon fiber edition is next on the line. Based on 2017 prices, the 2018 models might start from $76,190 for the Grand Sport coupes and $90,385 for the Z06 coupe. This premium package adds around $15,000 to the MSRP in the carbon edition models. So, we can estimate that Grand Sport coupe and Z06 coupe’s carbon edition starts around $91,000 and $105,000 respectively. Also, the carbon 65 edition is available in Grand Sport and Z06 convertibles which would cost around $4000 plus than the coupe models.

Aside from carbon fiber edition, let us look at the upgrades in the normal edition of the 2018 Corvette models. The 2018 models have some pretty upgrades which include an improved rear view camera, better head-up display, additional channels on the performance data recorder and other detail tweaks. Moreover, there are key changes like a larger 19-inch front and 20-inch rear wheels with summer tires derived from Z51 package and offering of the Magnetic Ride Control as a standalone option. The 2018 Grand Sport has ceramic brakes while the Z06 has gray interior trim.

The carbon fiber upgrade in the special package tends to provide an upscale feel to the premium Corvette cars. With the features of both mentioned above in the list, we would like to know whether you would prefer dropping an extra penny (around $15,000) on the limited edition models. For the 2018 normal edition Corvette super cars are really outstanding. We are keen to know your views. Let us know in the comments below.

Christy Gren
Christy Gren is an Industry Specialist Reporter at Industry Leaders Magazine she enjoys writing about Unicorns, Silicon Valley, Startups, Business Leaders and Innovators. Her articles provide an insight about the Power Players in the field of Technology, Auto, Manufacturing, and F&B.
« Lofty Promises About Lab-Grown Meat
Raisin Fintech Startup raises $3.2 billion, one-third of which raised in the last four months »
Leave a Comment
Close

The fading of the pandemic and the rollout of vaccines has brought in some good cheer for the floundering air travel industry. More countries have opened up for business and are al
12 hours ago

Sanne, a UK fund administration business that provides alternative asset and corporate services, has agreed to hold talks with private equity firm Cinven over a potential £1.4bn t
22 hours ago

Global stocks rose to an all-time high, with investor showing confidence in a strong economic recovery from coronavirus and the vaccine effect, but the market is still a bit cautio
23 hours ago