Upcoming Lamborghini Urus SUV will be a Plug-in Hybrid

The Toyota Prius Prime has been a participant in the automobile market for quite a while now. In all these years, it has not attained the kind of popularity and consumer response which the automaker expected. Yet it went on with updating the car in the hope that someday their efforts will show results. It seems that that day has finally arrived. Even though this model is the second version of the Prius range, it is a drastic change in comparison to the first one. Usually, upgrades consist of fancy upholstery and a flashy design. But the Prius upgrade is way above these superficial aspects.

The 2017 Toyota Prius Prime is a hybrid just like its earlier version. But it has a major addition to its upgrade. It comes with a plug-in charger to ensure smoother battery recharge for the car. This means that if you run out of power, this car is now compatible with all the charging stations. Therefore it is not just a hybrid anymore, but a plug-in hybrid. It aims to carry on the legacy of successful hybrids produced by the Japanese automaker. After the cold response on the previous Prius, the automaker is making sure that it puts maximum efforts for the desirability of this one. 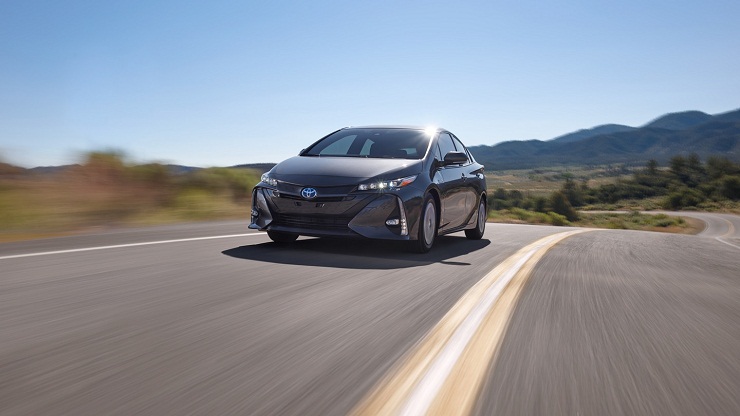 It is not just a hybrid anymore, but a plug-in hybrid.

The main impressive factor about the 2017 Toyota Prius Prime that the automaker wasn’t just satisfied by adding a plug-in and a better battery. A number of automakers believe that making such substantial changes is enough in an upgrade to impress customers. But Toyota decided to give the car a complete makeover. This plug-in hybrid can go on for a distance of 25 miles on a single charge. This isn’t as appealing as we would have expected it to be but reasonable enough for an attractive hybrid.

The Toyota Prius Prime comes with a 1.8-liter Atkinson cycle four-cylinder engine which contains a 53 kW electric motor. The conventional gas engine gives out 95 horsepower of energy along with 105 pound-feet of torque. On the other hand, the electric engine adds up 71 horsepower with 120-pound-feet of torque. The model comes with a larger 8.8 kilowatt-hour lithium-ion battery pack. The interior of the car has an 11.6-inch HD multimedia display. This display supports tap, zoom, swipe, and intuitive touch gestures. The features resemble that of your latest smartphone. The price of this plug-in hybrid starts at $33,100. 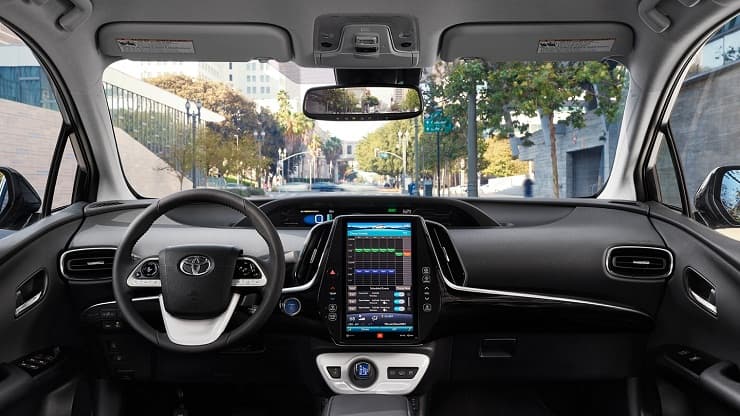 The interior of the car has an 11.6-inch HD multimedia display.