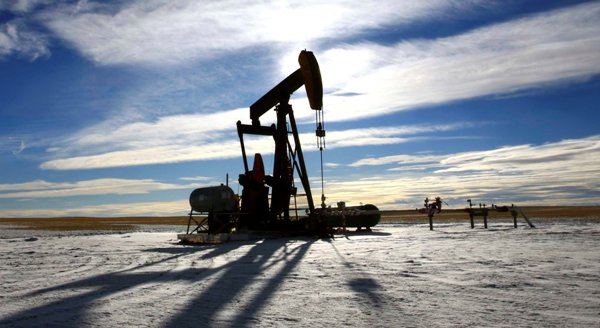 It goes without saying that the oil industry has brought in gainful revenue for companies engaging in shale oil production. Though it is a tough venture, drilling for shale resources has made the United States a record producer in such a small window of time, will soon exceed Saudi Arabia in terms of liquids production. Companies like EOG Resources have been leading the charge of the national production boom by concentrating on shale areas in Texas.

2013 has been an unproductive year for mergers and acquisitions. Deals this year amounted to $116 billion- the least number since 2009. In the meantime, international deals hit $41.8 billion in the third quarter, a 59 percent jump from the second quarter but too limited in comparison to the $138 billion from the fourth quarter of 2012. But fortunately deals are improving, due to activist investors, and 2014 it is claimed it will be a great year for deal-making.

This will mostly be ascribed to selling assets and restructuring. Since oil companies have $135 billion worth of assets in the market place, deal-making is expected to profit in the fourth quarter of this year. And foreign oil and gas industry companies that need energy for their respective countries are expected to purchase assets in the future. Investors are paying more attention to energy companies, since prices have been constant. Natural gas prices have been quiet low, however the commodity is inching back up in the market as more manufacturers need it to fuel factories. Oil prices have been wavering somewhat on the market but are constantly high, due to oil boom which is pulling in more investors with purchasing power. Gas still remains a powerful part of the mix and will drive a large part of the volume growth for the international oil companies (IOCs) over the next decade. But project accomplishment is likely to be slow, with commercialization subject to greater gas-to-gas competition. The most excellent projects will still yield solid profits and sustain growing demand.

North America is leading in asset sales, as more companies sell conventional assets and hunker down in the shale-rich areas of Texas and North Dakota. North American deals in asset sales went up to $15.9 billion in the third quarter in comparison to $10.9 billion in deals in the second quarter. And there is anticipation that the fourth quarter will see more deals to come, with $17 billion on the market. The North American Oil and Gas Industry, along with various other companies in the energy industry, are planning a $131 billion campaign for projects and maintenance, obviously expecting a great asset sale. The Eastern Hemisphere is booming at this point. Both Southeast Asia and the Middle East are growing very expeditiously, as is Russia, and then there are good trends in East and West Africa. The only market not doing well is North Africa.

The shale oil boom has prompted lot of excitement in the industry, where in companies have no need to forge partnerships and deals with other companies. Also activist investors are positive for companies in doldrums, like management and boardroom changes or raising shareholder payouts.
Chinese companies will be buying more assets, with this increasing oil boom even more. China has been drilling in South America and Central Asia for oil assets. The Chinese have been frontrunners in buying, taking up a quarter of the world market. China National Petroleum Corp. is buying $10.5 billion in assets from all over the world. In its current quarter, China National bought $5 billion of assets in Kazakhstan from ConocoPhillips. Other energy companies like WPX Energy may be targets of activist investing. Hedge funds making alterations in boardrooms and boosting company value has been one of the strongest showings on the market.

• Big gas (East Africa, Australia and the eastern Mediterranean)
• Re-exploration: Going back to mature provinces with improved seismic-while-drilling technology and knowledge (Norway, UK and the Gulf of Mexico)
• Deepwater oil (Brazil, West Africa and a full restart in the US’s Gulf of Mexico)
• Onshore oil (East Africa, India, California and Egypt)
• Unconventional oil and gas (US, Argentina and Australia)