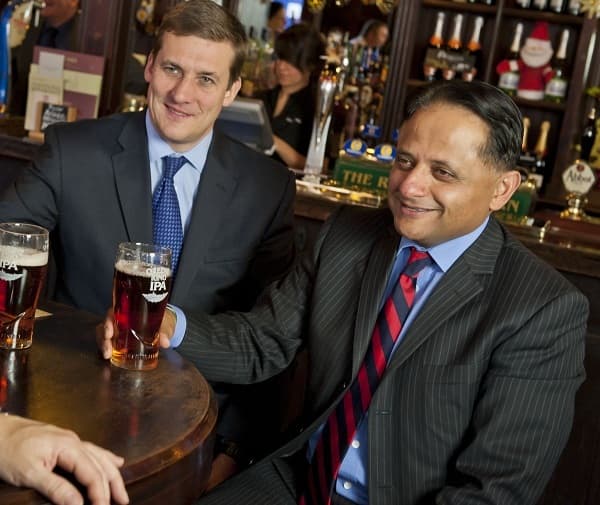 The company, whose brands include, inter alia, Loch Fyne, Hungry Horse and Old English Inns, informed that like-for-like Greene King’s sales at its pub and restaurant estate increased by 5.1 percent in the 18 weeks to the start of the September.  Consequently, food sales jumped 5.2 percent on like-for-like basis, while drinks grew 5 percent and room sales climbed 4.9 percent in the same period.

Greene King, Suffolk-based brewer, highlighted that food sales had helped pubs grow revenues despite a difficult economy. Accordingly, managed pubs tend to do better under those circumstances thanks to centralized buying and menu planning. As it was stated by the company, the City and the West End (in London) were quiet while in the suburbs of London, including Capital Pub Company sites and Realpubs, trading was visibly stronger and therefore Greene King’s sales increased noticeably as well.

According to the company, 2012 London Olympics had “a minimal net impact”. Moreover Greene King is weighted toward the south-east of England which probably resulted in outperforming its competitor Spirit Pub Company in the period, according to some analysts.

Company’s officials are convinced that despite the disappointing weather condition brewer was able to maintain its business and Greene King’s sales increased. According to them, this means that company’s investors do not have to fear. Company’s officials are certain that the collected data regarding sales is encouraging for the rest of 2012. In addition, Greene King’s retail growth strategy is said to continue to deliver earnings and dividend growth for company’s stockholders as the strategy focuses on delivering values, services and quality to customers.

Sales increase in Spirit Pub Company’s managed estate showed a slowdown in the final three months compared to full growth of 5.8 percent. In addition company’s leased estate continued to struggle, with net income down 5.4 percent for the quarter. Consequently Spirit Pub Company’s properties are now valued at £1.3 billion, which is £0.5 billion lower than in April.

Anna Domanska
Anna Domanska is an Industry Leaders Magazine author possessing wide-range of knowledge for Business News. She is an avid reader and writer of Business and CEO Magazines and a rigorous follower of Business Leaders.
« Mobile Brands Gear Up to Launch New Phones Ahead of Christmas
iPhone 5 release confirmed on September 12; get set go! »
Leave a Comment
Close