As bidding for the Ferrari opened at $35 million, racing legend Derek Bell drove the car onstage to grant bidders a live worth of their money. The sale involved three bidders, and the value was pegged at $48,405,000 (including buyer’s premium), topping the previously sold Ferrari 250 GTO while being $5,405,000 pricier than an estimation by the auction house in June.

The 3413 is GTO’s third production, assembled completely in late April 1962 and the first GTO example to feature narrow brake ducts, radiator intake, sail-panel vents, hood fasteners and other details of Series I coach. Coachwork by Scaglietti also has signal lamps for turning just below the headlights and a spoiler bolted on the rear. The GTO, which was finished in Rosso cina, is loaded with tipo 168/62 Competizione V-12 and a trimmed interior finish with vintage blue textile furniture. 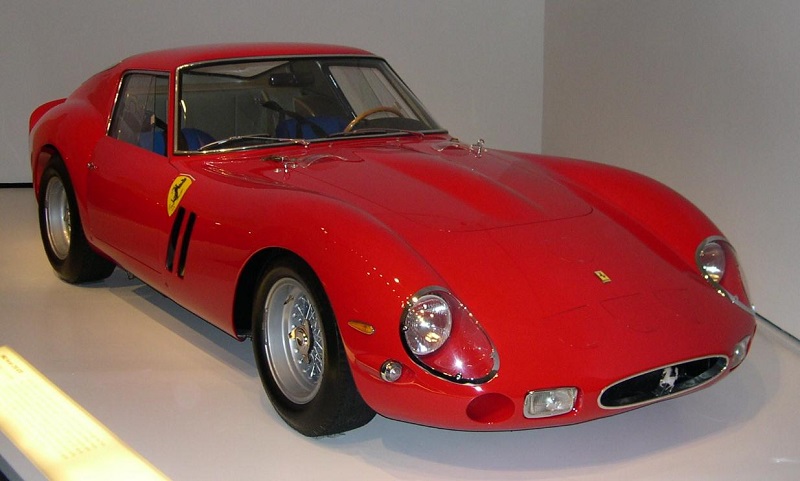 Chosen as the Southern Equitorial Ferrari Automobili Club’s official car for the 1964 Targa Florio, the Ferrari was driven legendary Phil Hill in the first week of May ahead of the event in April. During which the legend’s importance to the Ferrari factory and the international American motor racing was clearly established. He was the first American Formula 1 World Champion, one of the world’s most respected and talented racing drivers and the first American-born winner of Le Mans. His presence behind the wheels of 3413 is truly a rare honor.

The 3413 was then purchased by Mrs. Arnalda Colombo on behalf of her husband, the famous Italian Edoardo Lualdi-Gabardi and Ferrari’s most successful privateer driver, who used the car to win 9 races out of 10 he entered in 1962, coming 2nd in one of the races. The 3413 as the third car out of the limited production of 36 cars recorded a huge success in racing history.

Mr. Edoardo Lualdi-Gabardi sold the 1962 Ferrari 250 GTO to Gianni Bulgari in 1963 after receiving a second GTO from Ferrari. The car’s success in racing continued even with subsequent owners and the car contested a total of 20 races between the 1960s and 1980s without failing to finish and was never involved in an accident and winning its class in the 1963 and 1964 Targa Florio. The 3413 still has its original engine, rear axle, gearbox and factory Series II body it received in 1964 from Scaglietti.

Since 2000, the car has been with the previous owner who purchased it for $7 million, that’s a stunning value hike of $40 million in less than 2 decades. Ferrari 250 GTO has not just been noticed to be appreciating in garages; many classic events have actually featured the legendary Ferrari 250 GTO.

Anna Domanska
Anna Domanska is an Industry Leaders Magazine author possessing wide-range of knowledge for Business News. She is an avid reader and writer of Business and CEO Magazines and a rigorous follower of Business Leaders.
« PepsiCo buys SodaStream as it doubles down on sustainability
Toyota is investing $500 million in Uber to develop self-driving cars »
Leave a Comment
Close