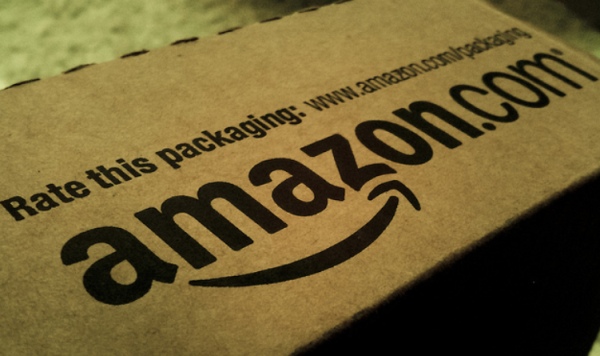 Many of you must have experienced already how it feels like when you have to postpone all of your plans on Sundays, since many things don’t work in the same way as they do during the week. For some of you Amazon decided not to keep you wait for that package you would really needed before Monday. So starting from this week Amazon package could knock on your doors even on Sundays.

Waiting for anything is not something people are fond of, so it doesn’t come as a surprise that Sunday delivery was something Amazon’s users had wished for a long time ago. Amazon expects its customers “to be delighted that they will get their products on a weekend”. A new deal between Amazon and U.S. Postal Service, which will enable delivery of packages on Sundays, couldn’t have found a better time to be signed. We are reaching the end of the year; consequently most popular holidays are coming, time when people are ordering most and spending more money on gifts than usually. Retail giant for sure also thought of all of us, who wait for the last moment to buy Christmas presents, so it could be more than useful to be able to receive something we have ordered maybe a moment too late, on Sunday.

New Sunday service will bring a significant change in a shipping period. For instance members of Amazon’s popular Prime service will be able to buy products on Friday and get them by Sunday for free. This is another great news: Amazon’s not charging extra for the new delivery on Sunday service, Prime’s members will keep their free two-day shipping and non Primes will keep free five to eight-day shipping, which now includes Sunday in counted days. This is also one of the ways for Amazon to make it up for the last month raise of threshold for free shipping, since in October it increased from at least 25 dollars to 35. Even though it might not seem as important part of the deal at the first glance, to get a package on Sunday is usually more expensive than people expect, while it’s not a regular delivery day. This gives the opportunity, to companies willing to do it, chance to charge it beyond reasonably. But the postal service partnership with retail giant and their new free Sunday service might change that beyond retrieve, since nobody else has done such broad-scale Sunday delivery before.

The deal between U.S. Postal Service and Amazon is “a bright spot for both organizations,” especially because the postal service is “rapidly growing their package delivery operation,” explained Dave Clark, vice president of worldwide operations and customer service. There wasn’t word about the financial terms of the arrangement, but this will for sure be a Postal Service’s boost, since the agency lost $16 billion last year, after what had tried, but failed to end Saturday mail delivery as a cost-saving measure.

Who will be able to receive Amazon package on Sundays?

Unfortunately, the Seattle Company says Sunday delivery will be available this week to customers in the Los Angeles and New York metropolitan areas. So unless your address is there, you will have to wait next year, when Amazon and the Postal Service plan to roll out service to “a large portion of the U.S. population”, including Dallas, Houston, New Orleans and Phoenix. Obviously retail giant is so big that has found the way to make post work on Sundays, as it was any other day.

Riana Petanjek
« Be ready to make a call from your mobile up in the air!
Is ranking employees truly beneficial? »
Leave a Comment
Close