10 Most Popular Surfers of the World

Calm seas and a gentle breeze and long walks is what one seeks near the seashore, but some daredevils thrive on crashing and undulating waves. Surfers travel through the world, finding the highest waves to conquer. This sport is not for the faint-hearted and requires practice and training. Big wave surfing is known as one of the most dangerous sports in the world. 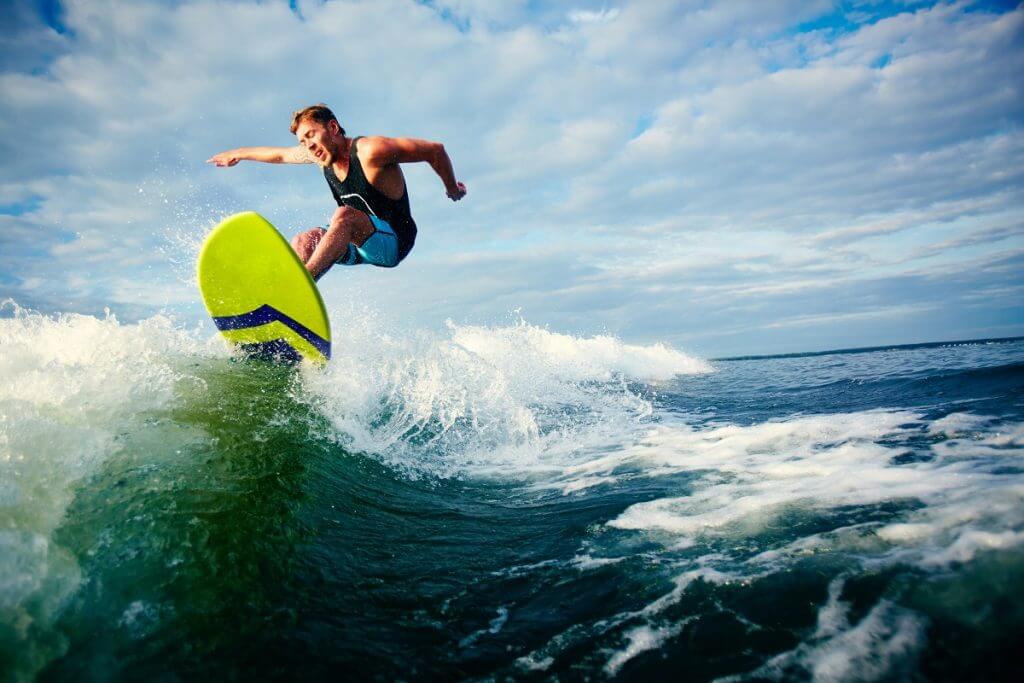 People enter into competitions to crown waves ranging from 20 feet to over 100 feet. The most famed competition for the sport is the Billabong XXL with prize money of $100,000. Some of the other top events are the Tow-In World Cup and the Quicksilver’s Waimea Bay Contest. The sports has thrown up some great surfers, and here we bring you the top 10 popular heroes of surfer world.

The famous surfer is an 11 times winner of the ASP World Tour Championship. He has the distinction of being its youngest and oldest winner. He also won the Pipe Masters 5 times. In all. he has won 55 titles in the sport. He essayed the role of Jim Slater in the famed television series Baywatch.

He was born in 1972 and is a resident of Cocoa Beach, Florida. There is a 10-foot tall statue of him in his home state and a day has been named after him. He has pioneered a wave pool technology that creates manmade waves suitable for surfing. 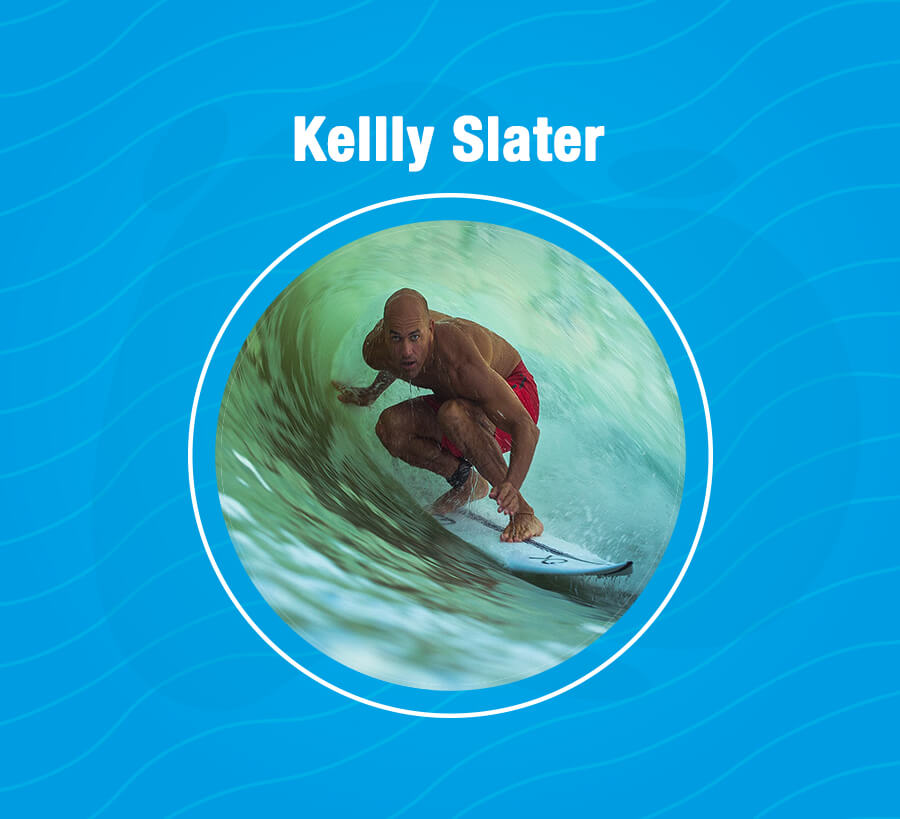 The Hawaiian great surfer won three consecutive world titles from 2002 to 2004. And it was said he would surpass Kelly Slater’s record in the sport, but tragically his life was cut short at the age of 32. He suffered from a bipolar disorder and drug addiction. He was the first surfer to win every title under the ASP calendar. Along with the world championship, he won two Rip Curl Pro Search titles, three Quiksilver Pro France titles, and attained 20 elite tour victories. 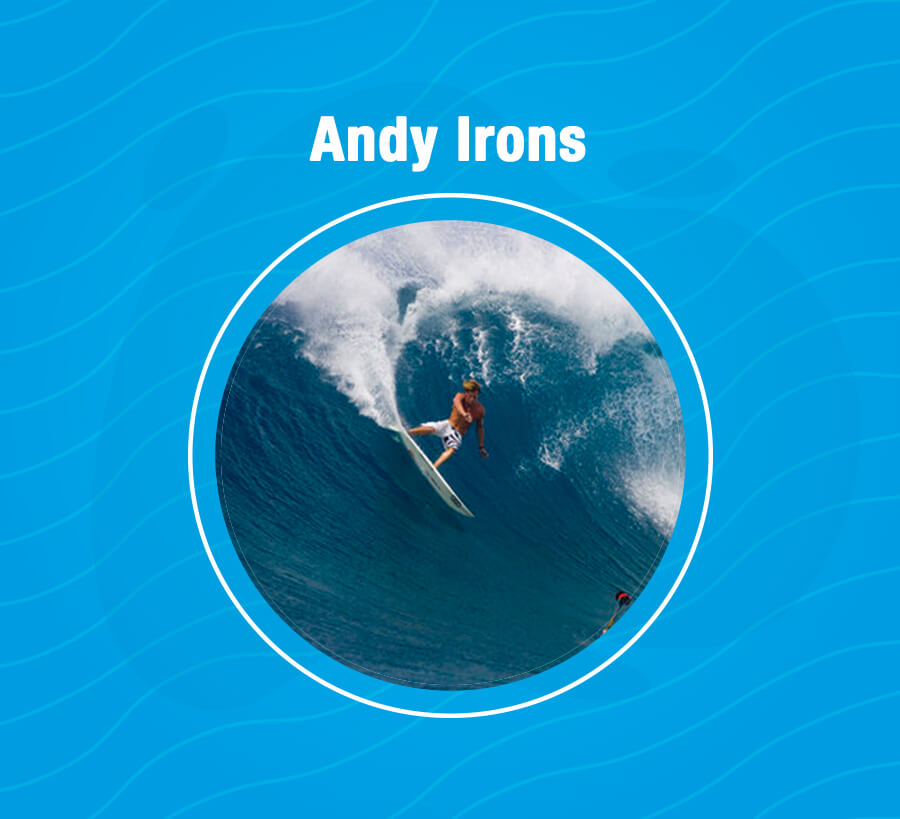 Born in 1964 in Santa Barbara, California, he was a musician and a surfer. He is named in the list of greatest athletes who dominated their sports. He is known for his grace and style of surfing. Curren was the first American to win an ASP men’s world championship. He won the world titles in 1985, 1986 and 1990. He racked up 33 victories in his career. 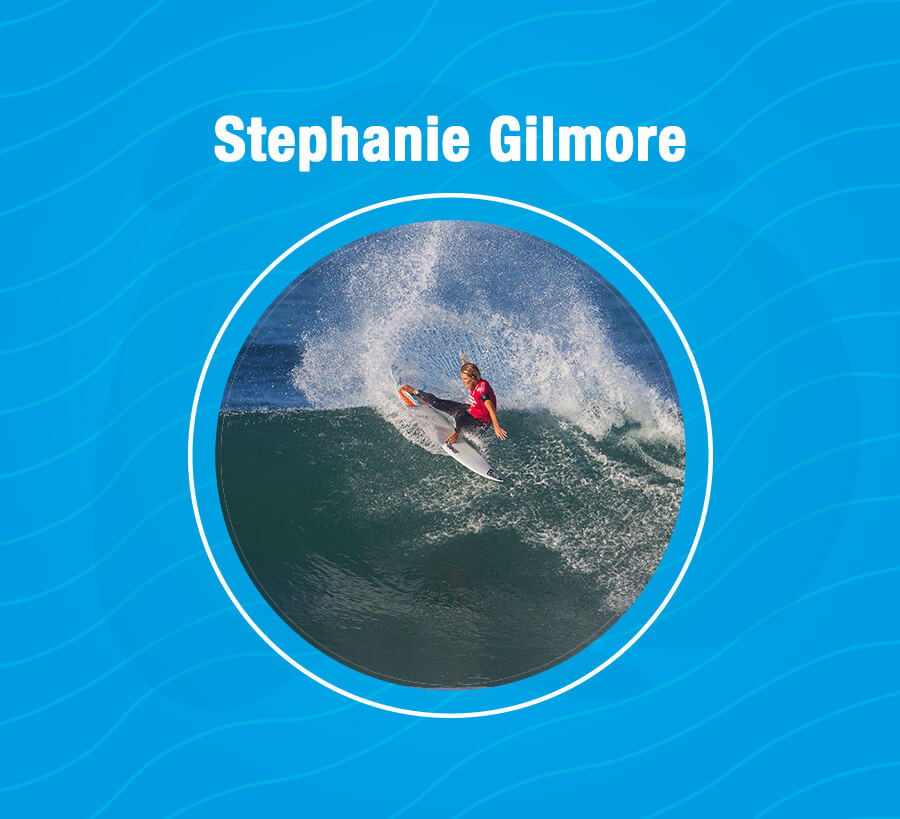 Laird John Hamilton, born in 1964, is an American big-wave surfer. He is known in the surfing world but is non-competitive. He wa trained in the art by his stepfather Bill Hamilton, a well-known surfer himself. He is known for conquering Tahiti’s Teahupo’o break.

He surfed over the swelling water tunnel of the waves and emerged on top of it, and the whole fete was captured on film for the world to see. Surfer Magazine has labeled Laird as “the sport’s most complete surfer. He has many innovations to his name, including tow-in surfing, stand-up paddle boarding, and hydrofoil boarding. 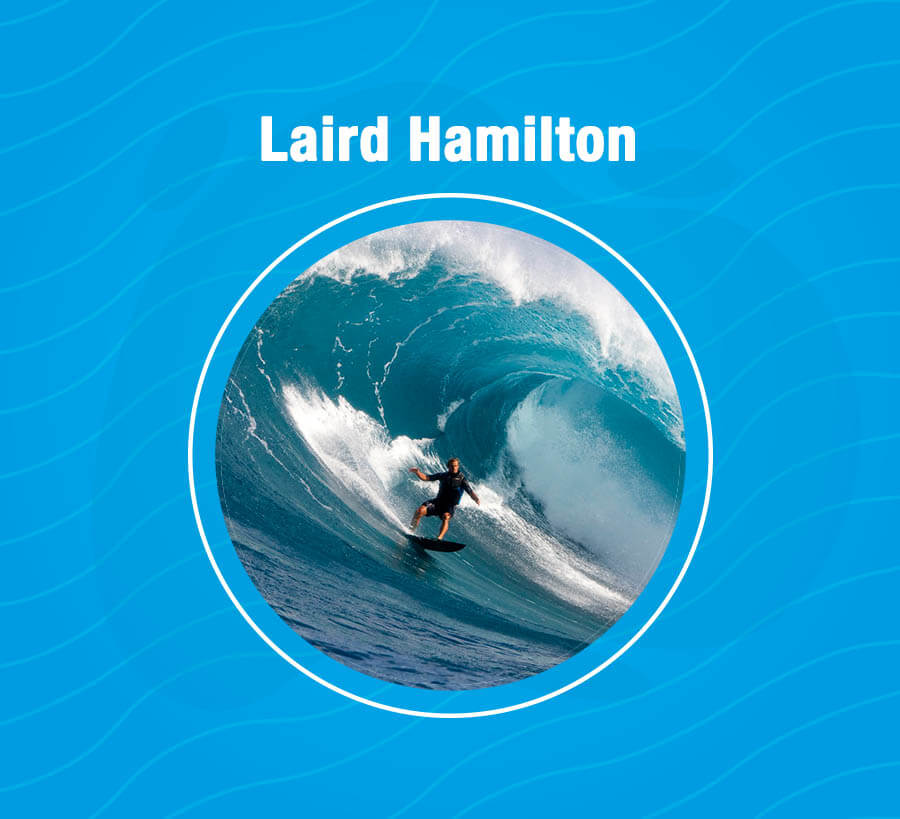 He is known as the comeback kid. The Australian had the greatest comeback in surfing history by reappearing to compete in the sport after a decade long hiatus. He made it to the top ranking of the Association of Surfing Professionals in the 1980s as a teenager. He then went incognito and burst on to the scene in 1999 by winning the ASP world championship title at the age of 33.

After making it to the top of the ASP rankings as a 17-year-old, Mark Occhilupo disappeared from the competitive scene for a decade, before rising to prominence again later. He is known to be mercurial, and his nickname is “Raging Bull.”

In 1999, he shocked the sport by winning the ASP world championship at age 33, ending the legendary Kelly Slater’s streak of five consecutive titles. Mark Occhilupo, entered the Surfing Hall of Fame in 2004. 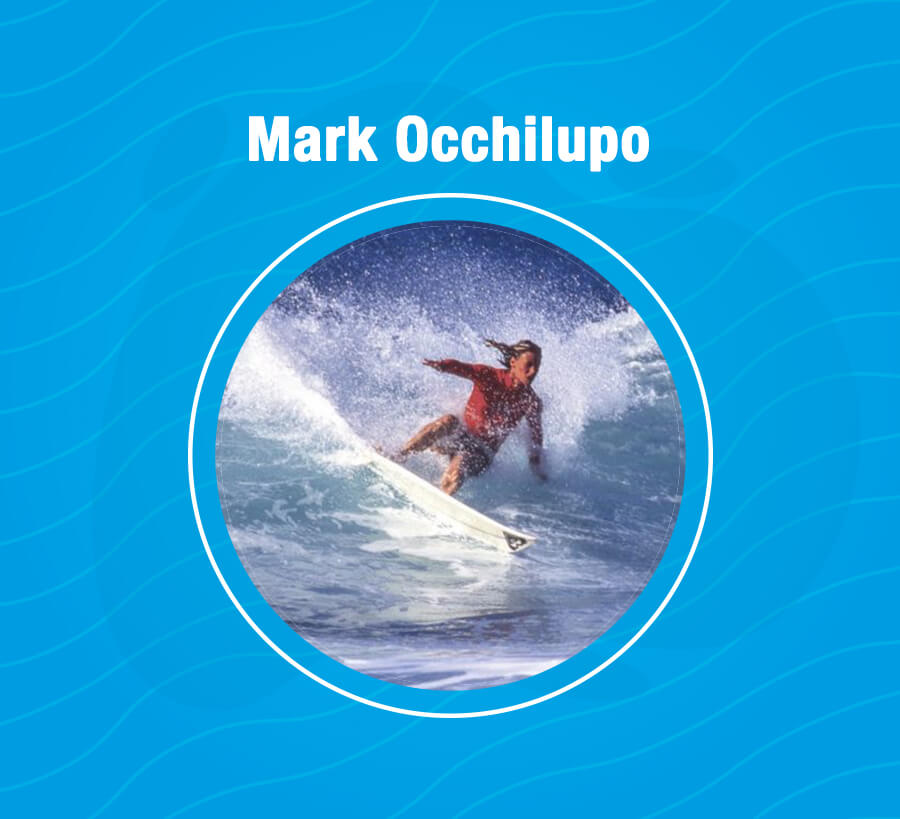 He was a Hawaiin surfer and swimmer and won three Olympic medals for swimming. He is considered the father of modern surfing. Duke was born in Honolulu in 1890, and died in 1968. He is responsible for popularizing surfing in Australia. He built a surfing board from a pinewood piece bought off a hardware store in Sydney, which is still retained by the Freshwater Surf Club.

He saved eight men from drowning in California in 1925 using his surfboard, after which boards started being used by lifeguards for rescues. Duke Kahanamoku also appeared in several Hollywood movies. He travelled all over the world, holding surfing exhibitions to introduce the sport. 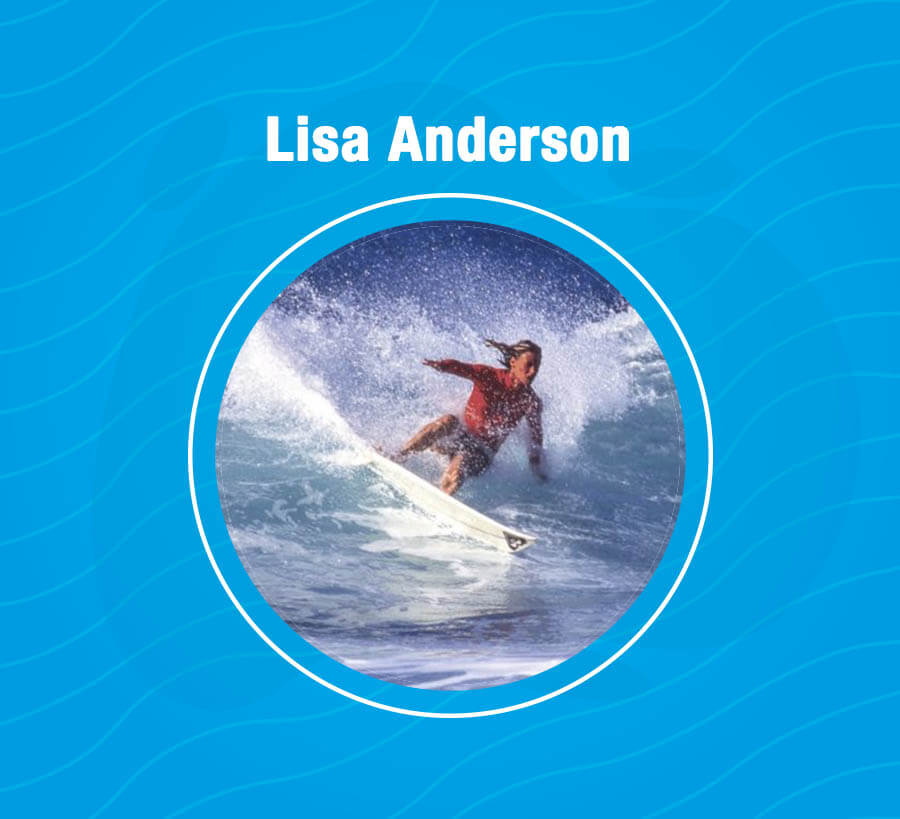 Tom Blake, (1902-1994) one of the greatest surfers, met the surfing legend Duke Kahanamoku and was inspired to follow in his footsteps. Multitalented Blake was not only a surfer but also an author, inventor, actor, and guardsman.

He is considered the forerunner of modern surfing and innovated the lightweight surfboard with fins. He introduced the concept of filming while surfing. He traveled all over America, popularizing the sport and his lifestyle inspired the Beachboy carefree life associated with surfers.

“Blake placed surfboards, paddleboards, and life-saving equipment within reach of the interested athlete, lifeguard, and seaside visitor. In Blake’s life, there was no separation between religion, surfing, swimming, building surfboards, eating, and exercise. At the time, no one guessed that his unorthodox lifestyle would one day become the accepted standard for the beach culture,” wrote Blake’s biographer Gary Lynch.

Miki Dora, ( 1934-2002) also known as the Black Knight, Malibu Mickey, Da Cat, etc., was from Malibu, California and dominated the 50s and 60s decades. He refused to conform and very rarely competed. He has made some Hollywood appearances and had his own line of surfboards, which had record sales. He had a troubled life and was arrested for fraud.

Most meat in 2040 will not come from animals, says report. However, the recent decline in sales of plant-based meat fell by 1.8 percent compared to the year before, taking declines
22 hours ago