1 Million People in the U.S. to Lose Jobs over Budget Cuts 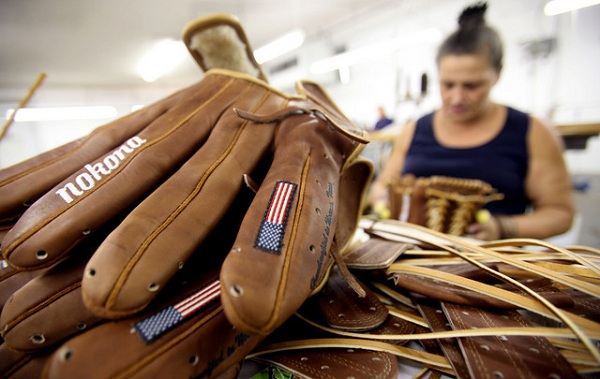 Small scale businesses based in the U.S. could lose almost 1 million jobs in the next year if federal officials are not able to prevent across-the-board U.S. budget cuts, amounting to $1.2 trillion, which are supposed to commence as early as in January.

According to a new survey conducted by the Aerospace Industries Association, businesses which are small in scale with no more than 500 staff members are likely to end up losing around 956,181 jobs which account for approximately 45 percent of the overall 2.14 million U.S. job losses expected to take place throughout the United States, in case the added cuts in the budget take effect.

Several economists, who have spent time researching the impact of the U.S. budget cuts on jobs, believe that almost half of the total U.S. job losses will affect small scale businesses.

On the 20th of September, high ranking officials of the Pentagon testified before the House Armed Services Committer regarding the impact of an extra $500 billion cut in the budget, combined with the $486 already in operation, on national security and procurement in the United States. The principal deputy undersecretary of defense, Mike McCord, in a separate hearing, stated to the House Small Business Committee that even though the Pentagon was still committed to making sure that small businesses would get their due share of procurement dollars, the present scenario clearly indicated that the combined pie would be smaller. McCord, in his address to the committee, claimed that sequestration would cause shrinkage in the total budget which would consequently force them to lessen their purchases from businesses both big and small.

Executives employed in the country’s defence industry have raised their voices against the across-the-board U.S. budget cuts for over a year, cautioning that they would coerce the Pentagon to violate many contracts which would lead to billions of dollars in possible fees for termination along with other adjustments in contract. They believe that the cuts would be even harsher for small and medium suppliers, the majority of whom rely on just a single product to bid to larger prime contractors. The survey happens to be the first to display the projected effect on jobs in that sector.

Prepare for the Future

The owners of numerous small businesses are considering moving into other areas of business or downsizing due to the ongoing financial pressures. Some have even made up their minds to close shop in order to cope with U.S. job losses. The new survey underscores the futility of the crisis in the budget since small businesses were considered to be essential to economic development in the United States. The concept that almost 956,000 people will be facing U.S. job losses in the small business sector seems to be an unbelievable outcome of sequestration that people need to bear in mind.

The Small Business Administration of the United States projects that small scale businesses employ almost half of the total workers from the private sector and account for 65 percent of the total number of new jobs over the course of the previous 17 years. They are even responsible for almost a third of exports from the United States.

The U.S. budget cuts that would take place under sequestration were likely to produce a widespread impact on the economy of the United States. However, a lot of doubts persisted regarding the effect on technology development as small scale businesses normally file a greater number of applications for patents than larger ones.